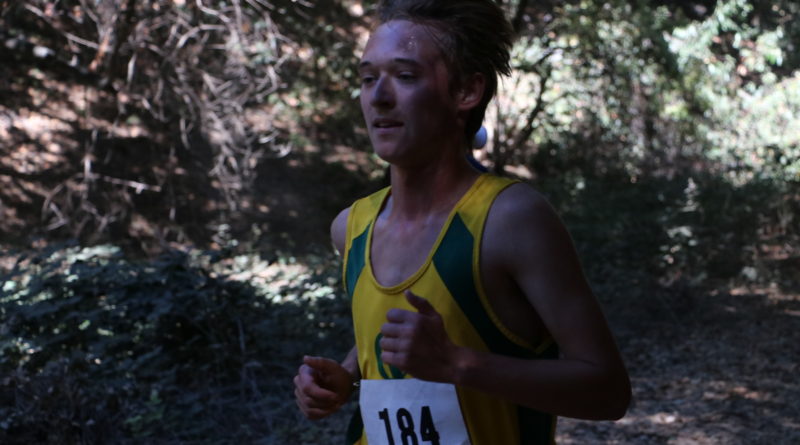 Aspiring cross country runner Reilly Berberian has raced to the top on the CVHS cross country team. Berberian is extremely dedicated and practices every week for several hours.

Berberian enjoys the thrill of running, and the competive spirit that is shared among his teammates. Since middle school, Berberian has devoted countless hours to improving his stride, working his way up the ranks. As a junior on the Trojan cross country team, Berberian has made his mark as one of the fastest runners on the team, placing fifth in last year’s WACC race.

Aside from being an amazing runner, he is also the captain of the varsity cross country team.

“Reilly Berberian: no one works harder, no one’s more dedicated. I’m very happy to have him on the team, he leads by example,” said cross country coach, Dino Cardiasmenos.

“I like that it’s both an individual sport and a team sport at the same time, so that you can depend on yourself, but you also get that feeling of teamwork,” said Berberian. “Running with the same people every day and being able to race with them is a really fun part of it.”