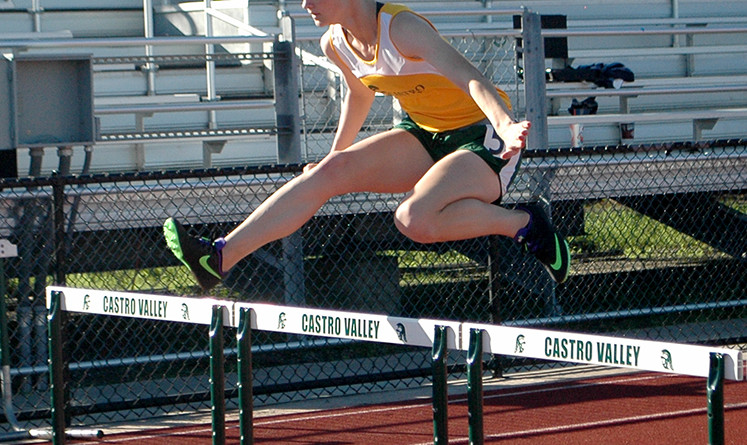 Castro Valley track and field athletes are starting the season off well with one of the first meets of the season on March 17. Hosted at CVHS, the Castro Valley team competed against Hayward, San Lorenzo, and Tennyson. Sprinters, jumpers, and long distance runners all competed strong at the meet and placed high, bringing CVHS great results.

Long distance runners also competed strong at the meet. Junior Vincent Friesen placed first on the varsity 800 meters with 2 minutes and 4 seconds, followed by senior Peter Normann in second place with 2:12. Normann later came in first with a 4:53 in the 1,600 meters.

Sophomore Allanah Lee competed strongly at the meet, placing first for both the varsity 100 meter hurdles and 300 meter hurdles. Lee also triumphed in the varsity triple jump with a leap of 36 feet 9 inches, beating the runner up by five feet.

“That was major what she did at the meet,” said Coach Dooney Jones about Lee’s performance.

All participants at the meet competed strong. Although not everyone’s personal records were beaten, CVHS maintained its place on top. With more meets to come and more hurdles to jump, CVHS athletes will only improve.

“As the year goes on we’ll see them get better and better for sure,” said Coach Bill Armstrong.