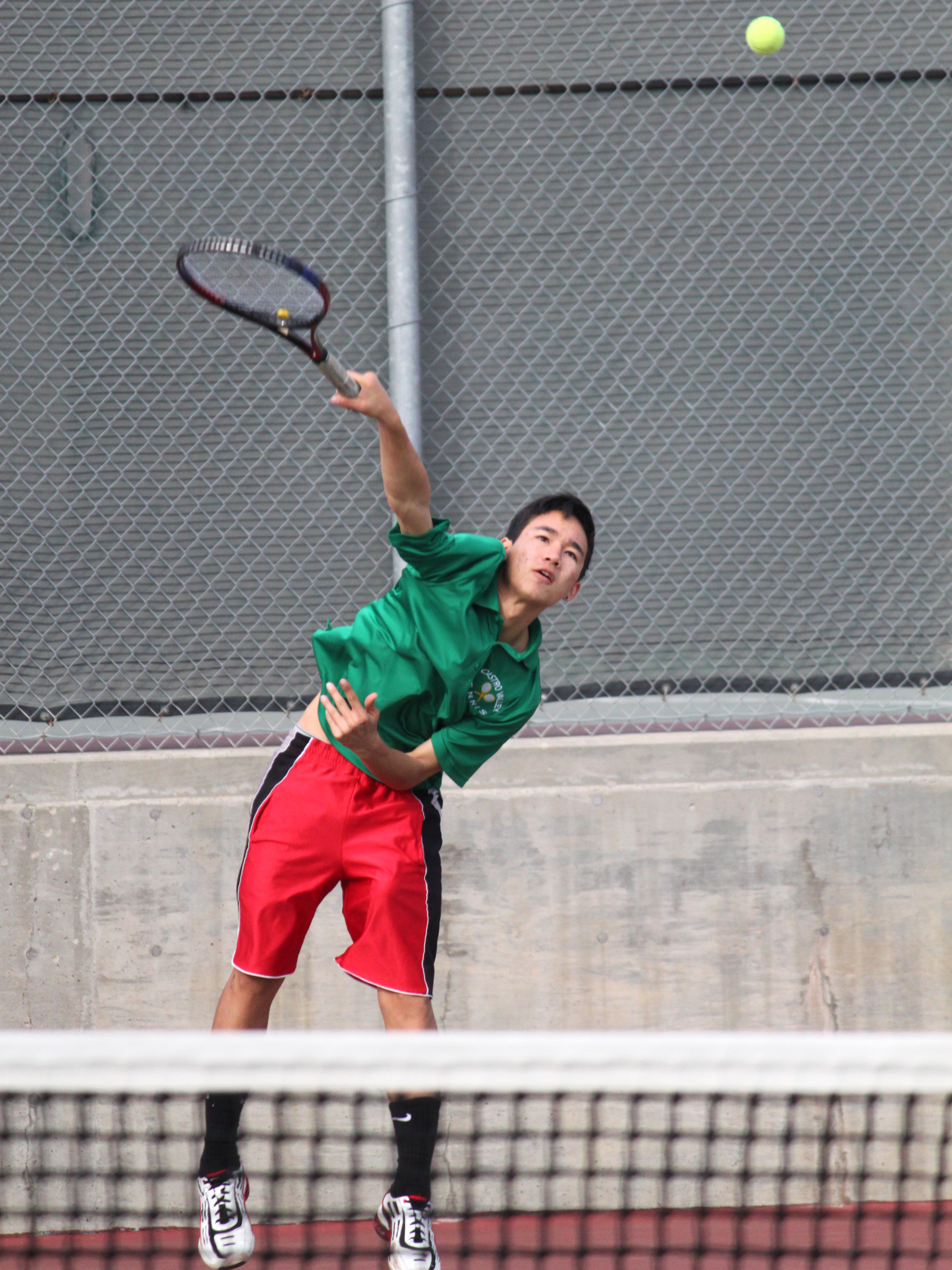 The CVHS boys tennis team remains undefeated after a brilliant match against the Tennyson Lancers with an overall score of 3-0.

Doubles team Victor Lee and Brian Ho played an effortless match, finishing the game with a score of 6-0 and 6-1.

“We were so much better than the other team. It was an easy game that allowed me to measure my own skills,” commented Lee.

“I had to work so much to improve a lot,” said Ho, Lee’s doubles partner as he remarked on the work he put in to get to the middle of the “ladder,” or rankings of the team.

“The tennis players are head and shoulders above last year’s. Everybody played as a team,” said Coach Greg Lowe on the excellence of the game and players.