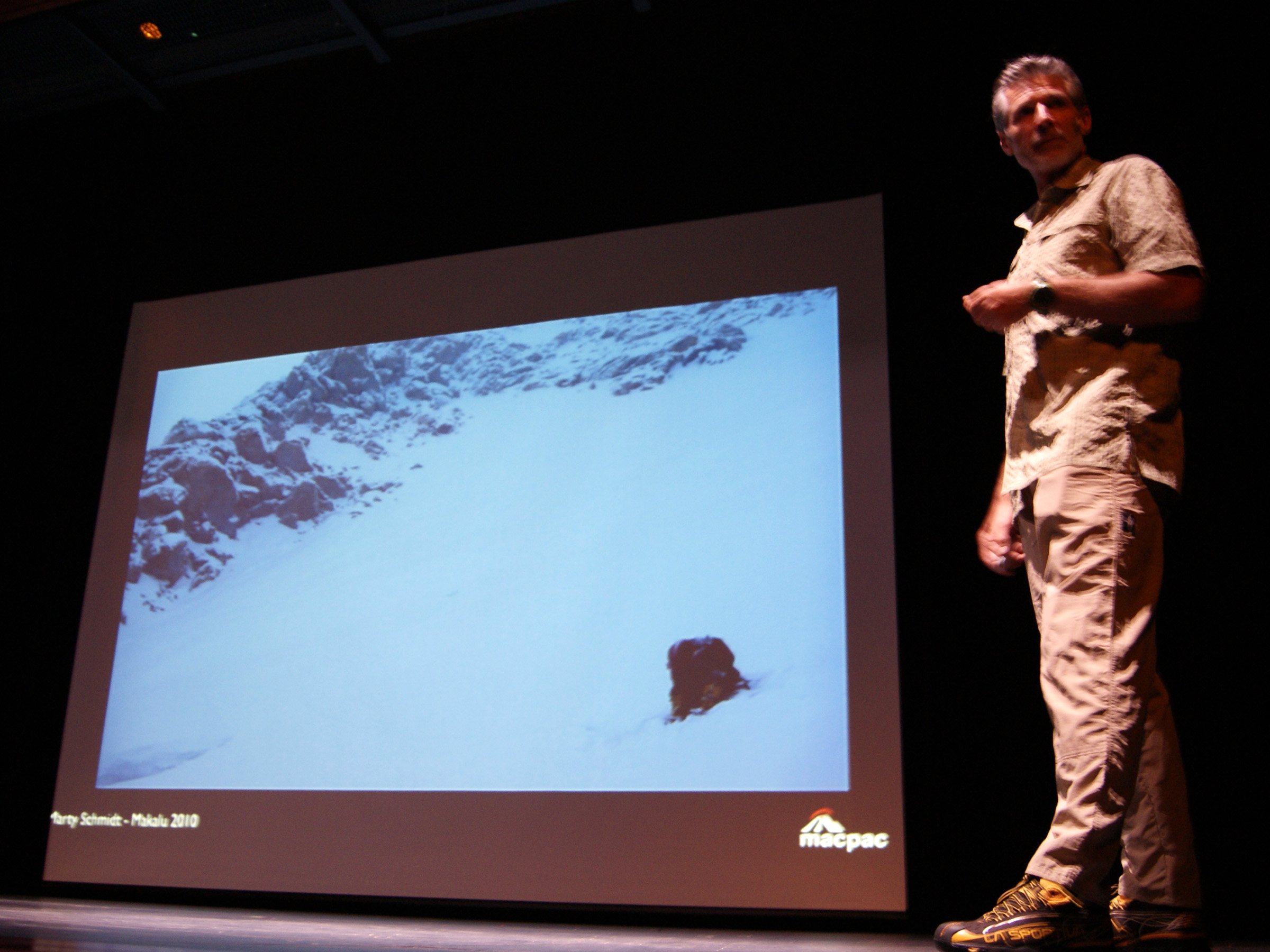 Marty Schmidt was from Castro Valley’s graduating class of 1978. He is now a world famous mountain climber running his own business called Marty Schmidt International Guiding. He has been on peaks such as K2 and Everest, and recalls his time in Castro Valley when he was a boy, along with his world travels.

Q: You were climbing at a very young age. Why did you start climbing?

Schmidt: I had a calling to the mountains. What basically got me to the mountains were my immigrant parents who couldn’t afford the vacations everyone else was doing. So we went hiking, and we did a lot of hiking trips in the Sierras during the summer time. And once you touch the Sierras and put a pack on your back, you can go for weeks on end. You get another sense of what life’s all about. You start tapping into the weather, into the mountain sense and movement. I even started guiding when I was 15. I also got into modifying my own gear. My dad bought me an industrial sowing machine, and I still do my own modifications. I would get up in the morning and I would come to high school early and train. There was a cable around the track, and I would balance on the cable. There were no gyms when I was climbing, so I did “buildering.” I would be in Castro Valley, I’d go down to Castro Valley Boulevard and I’d climb the “Jack in the Crack.” It was across the street from Jack in the Box. I’d climb the crack on the Bank of America building. As soon as I got out of high school, I went up to the Sierras and started living up there.

Q: You served in the US Air Force for several years. Describe that experience.

Schmidt: At age 21, I packed up all my stuff and went to see a recruiter. In three days I was in the Lackland air force base. I went into the service for para-rescue, which is land, sea, and air rescue. It is a hugely elite organization. Ten thousand airmen start in basic training, and 1,500 get to take the para-rescue test. And basically only 200 passed it. And then they work you. It’s an eight-week program. They work you beyond your blood and bones. The first week is called hell week. Those 200 people, in the first week, dropped down to 20. In the second week the 20 went down to ten. We lost two more along the other six weeks. We graduated eight para-rescue men. I heard in the very beginning that the honor graduate got the choice of where he wanted to be stationed. I graduated, and I chose Alaska. Whenever they needed us, we went. And this was a calling for me, even though it was service. I don’t totally believe in the military. I looked at it as a job. And I narrow-minded it to the point where I was just rescuing people. I rescued 18 lives, and had 25 assists.

Q: You live in New Zealand. What brought you there?

Schmidt: It started off with Australia, and then we moved over to New Zealand. I got to New Zealand when I was 28. As soon as I got there in ‘88 I heard about Mount Cook, so I decided to travel there and get to know it. And I ended up climbing it. It was like walking into Alaska for the first time and climbing Denali. It was the same amazing feeling.

Q: What would you say your favorite climb was?

Schmidt: I don’t have any favoritism. That would be like having a favorite child. I love both of my children. Each mountain has its own special abilities to reach out to you. Denali is very special. Once you touch that mountain, you’ll never forget it. Same thing with Mount Cook, I love going there. But as far as my favorite, every mountain range has beautiful climbs in it.

Q: I understand you had to rescue people on Everest. Describe that.

Schmidt: This was Michael Rhinberger’s seventh attempt to reach the summit, and he left saying he would make the summit no matter what. And he made the summit, but unfortunately he made it at 6:30 p.m. And he collapsed on the summit. Michael actually died that night. Another guy, Mark, had bad frostbite. My client and I were ready to go for the summit that morning, and we ended up rescuing Mark. We turned him around and got him down. So you give up summits. There was a similar situation in Makalu where I rescued three people. Except that time I went back up to the summit.

Q: So you would say rescuing people is a big part of your life?

Schmidt: It’s part of me. I’ll never step over a dying body. But at the same time. I’m not there to do rescues. Unfortunately, you get caught behind people who need assistance. I’m much more wise in my older age now. I always know who is ahead of me. So I don’t get caught in those kind of positions anymore. On Everest I got caught behind some people. I saw four people dying that day. I was working with another person, and he said, “Do not rescue those people. You take care of your own clients.”

Q: There are enormous risks while climbing, but you choose to push the boundaries even further by not using portable oxygen, or helicopters. Why do you do this?

Schmidt: It’s more than just pushing boundaries: it’s a philosophy. It’s about not being dependent on anything, and I take that into my day-to-day world. My horizontal world, I try not to be dependent on anything. If you get in a big habit of using oxygen, and your mask freezes up and you don’t have it and you didn’t train for it, then you’re not coming home. It’s a more puristic approach to mountain climbing.

Q: How do you prepare mentally and physically for these climbs?

Schmidt: I try to train every day. Running. I do a lot of sports, racket sports. Whenever I can do something I will do it. Also I do a lot of yoga and breathing exercises. Mentally, it’s visualization. You put out there what you want and you don’t waste energy. You don’t go on tangents, and you don’t get caught in the bad things other people get stuck in. Even eating habits and disorders. People don’t work their bodies anymore. They don’t clear their minds. They’re scattered. You keep your life simple on the mental side, and you work on your soul and your spirit.

Q: What advice do you have for a marginal climber who wants to improve?

Schmidt: If you really want to do something, doors will open. Get out there. Go from rock skills to mountaineering skills. Now start swinging some tools. Try some ice climbing. Then it comes down to your time, your money, and your energy. Always keep training for the technical rock, don’t stop climbing. And it will all build your skills. Everest is not that far off for a lot of people. Just have a positive attitude.

Q: What are looking to do in the future?

Schmidt: Well, right after this presentation, I’m off to Everest, and then after Everest, I’m off to Pakistan to meet my son. And we will go after Broad Peak and K2. Then I’m back to Nepal, to go after Manaslu. That’s my immediate future. And after that, we will see. It’s a big year coming up.