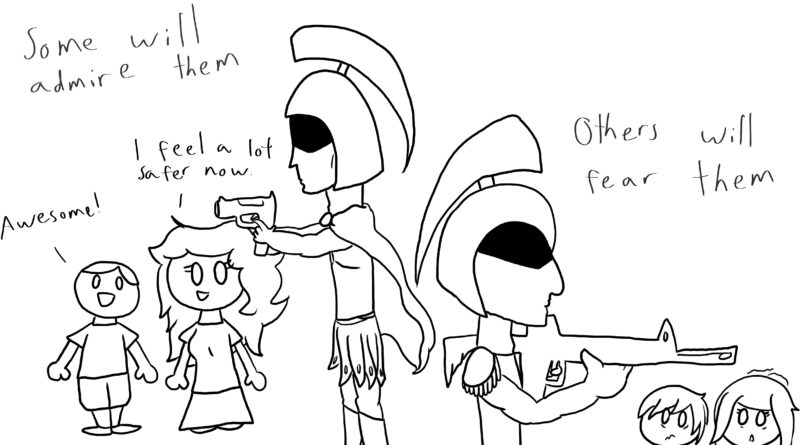 Imagine if we gave every teacher access to firearms on campus. Think of that one teacher you had who frequently lashed out at the class. Now, imagine him or her having a loaded weapon in their classroom within easy access. Many believe that arming teachers is a solution to gun violence in schools, but that idea could have terrible consequences.

In the past few weeks after the deadly mass shooting in Parkland, Florida which claimed 17 lives, the debate on what to do concerning student safety at school has been everywhere. It seems as if everyone has a different solution and course of action, but in the center of all the debate is whether or not teachers should be trained and given guns to fight back against a school shooter, as President Trump suggested.

We at The Olympian see several glaring problems in this plan to turn the workforce full of teachers into gun-wielding guards expected to fire back. Castro Valley Unified School District is already underfunded, and teachers’ salaries are paying the price. There is no definitive suggestion as to where to find the funds for training each and every teacher how to operate a firearm and safely shoot at a shooter, but this could possibly lead to a tax raise for most citizens.

Financial issues aside, we believe bringing guns into the classrooms would not increase safety and instead do quite the opposite. Teachers shooting back at an alleged gunman in the midst of panicking and dying children would be dangerous and a recipe for disaster. Introducing more guns into the situation will only increase problems, as opposed to alleviating fears and worries.

We favor stricter gun conrol measures instead. Banning assault weapons and semi-automatics combined with tougher and more stringent background checks is the only way to make progress.

9 thoughts on “Teachers carrying guns do not guarantee student safety”