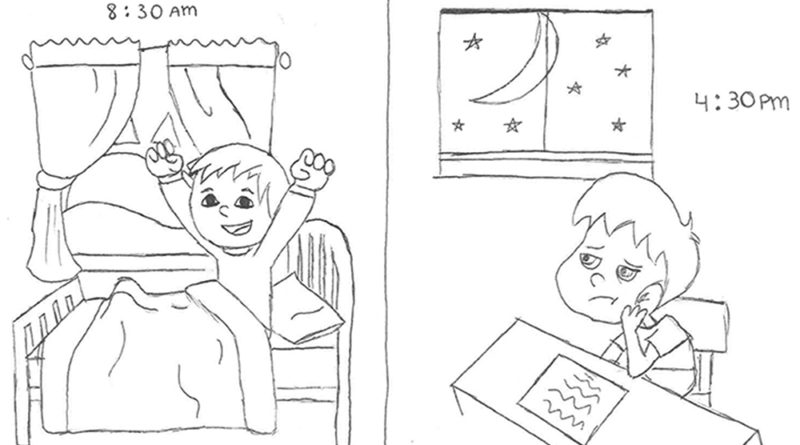 Democratic State Senator Anthony Portantino from the Los Angeles area has proposed Senate Bill 328 in a valiant effort to improve California teens’ health by moving the start times of middle and high schools in the state to 8:30 a.m. or later.

The bill has been formally opposed by the California Teachers Association and California School Boards Association. However it has passed two Senate committee votes so far.

SB 328 is based on recommendations of the American Academy of Pediatrics and the Centers for Disease Control in research for the optimal time to start school to hopefully improve the public health of California teen students. It was made in response to the survey results that show high school students sleep less than the clinically recommended nine to nine and a half hours every night.

We at The Olympian recognize some of the benefits of the bill. We agree with the research that shows high school students get less than the recommended sleep time and that something must change in the system for students to get such necessary sleep.

We also agree with the studies pointed out by Portantino showing that more sleep would mean fewer accidents, injuries, less depression, and better grades. We think that moving the starting time for school would mean more daylight during winter hours in the mornings, a concern voiced by both students and parents.

However, The Olympian believes that there are too many drawbacks on this bill that outweigh the benefits. The moving of the starting hour doesn’t necessarily mean more sleep. If the workload stays the same, and students get home later, then they will most likely go to sleep later. And the later start time would prompt students to stay up later for other forms of activity.

The implementation of the bill would also interfere with after-school events. Sporting events and practices would be interfered with because of less sunlight available and if not all schools implement the new time then competitions and collaborative practices wouldn’t match up.

It would also make the hours for students to work less available and teachers and administration more discouraged to take part of after school clubs and student activities needing supervision.

Parents who drop off and pick up their children would also be affected, possibly needing to change their schedules even more to accommodate the new times or finding someone else to care for the transportation of their children.

We at The Olympian suggest schools try later start times on their own, at least on certain days of the week. California could also encourage schools across the state to start later rather than requiring it.

3 thoughts on “Too many drawbacks to later school start”