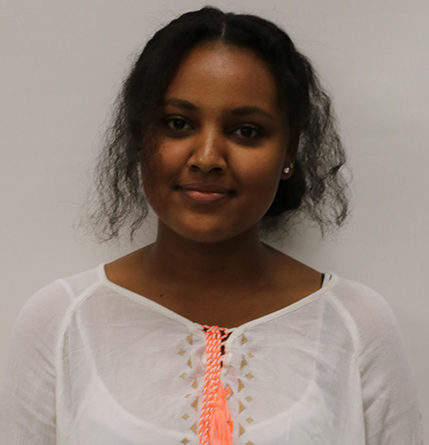 Students have been discussing a potential solution on stopping discrimination lately in Afrocentric classes. The many black students in the class say there is no solution to this problem, and that nothing will ever change when it comes to racism and stereotypes still being used when it comes to people of color. As I hear the students’ opinions of the Civil War and the past decades of discrimination it’s clear why some students have given up hope of change.

If you haven’t noticed, CVHS is dominated by white and Asian students. And the rest of the students feel much more connected to one another. And maybe that’s because we are living in an area that is predominately occupied by a certain race, but a problem is affecting those students who are not a part of that race. We still live in small towns or streets that are always dominated by a certain race. When is it time to actually integrate?

Instead the black students of CVHS and many other black students in other schools are left out and feel as if every class they attend contains the stereotypes that seem to follow them. Black students just want to go into a classroom and not be seen as “the black kid,” but instead a student who has so much potential in their beautiful mind in that society forces them to hide.

Although it’s 2017 and we all like to say times have changed, there is still an invisible line between races and it causes pain to our students, but is not noticed, or even at times is ignored. The world is seriously destroying all signs of hope and change for our black students. We went from the previous presidency of Obama and his promise of hope, to Trump’s slogan, “Make America great again.” These two mottos are completely different in meaning. One motto said that  change is going to happen, and had a positive connotation towards it. Flash forward to eight years later, and the new saying leaves any sign of hope at the door. So hearing a kid in my Afrocentric class say the words “nothing will ever change” is not surprising.

The reality is that the same saying continues generation after generation and black people always seem to become the stereotype instead of an individual. Schools need to pay attention to students affected by societal divides and hear each student’s troubles to hopefully come up with a solution. No students should ever feel like that AP class is too good for them or even be the only persons in their classes of their races. They should never feel the need to avoid the AP class because they feel out of place.

Why are schools not trying to gather these students and make certain that they take these classes? Why am I taking an Afrocentric English and history class to learn the truth about the treatment of African Americans when it should be taught in the standard English and history classes? Why are the black students in my class saying there is no resolution to stopping racism and my school not done anything to prove the boys’ answer wrong?  So to anyone trying to find a solution to this problem that seems to be impossible to resolve just ask yourself these questions, and maybe a solution will occur.