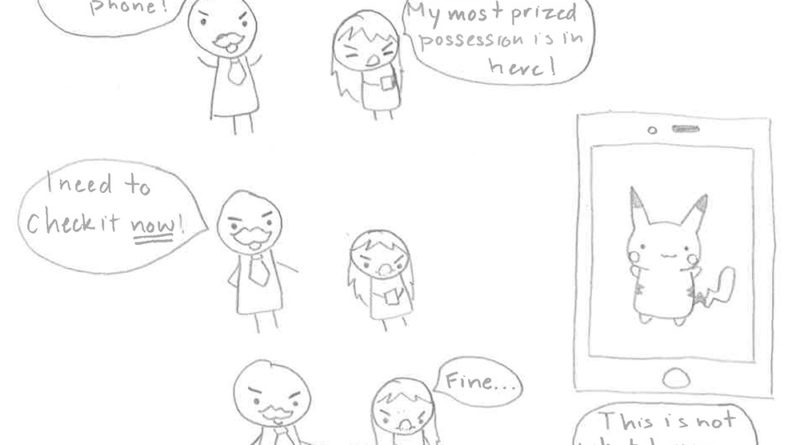 The terms of the bill indicate that any person acting on behalf of a California school will be able to check a student’s cell phone without notice, upon “reasonable suspicion.” The bill does not limit what the officials can search for on the student’s cell phone.

We at The Olympian support this bill for only one reason: cyberbullying. We believe that if used properly, the bill can be very helpful towards solving cyberbullying issues. The information gathered can be used as evidence to build a proper case against cyberbullies.

In contrast, we think that the bill could be a huge invasion of privacy. Cell phones have become very personal and many people carry personal information like pictures, and even bank account data. Given that the bill does not indicate limitations to the use of student data, the school officials may use the information in malicious ways. In order to prevent this from occurring, we think it would be crucial to have officials file forms to notify students and parents of the searches. The form should indicate why the phone will be searched and what specific information will be noted.

We also believe that officials must need more than “reasonable suspicion” in order to gain access to a student’s device. The teacher should have solid proof against a student rather than a mere suspicion.

Lastly, we feel that students should be notified of the search. Students would be more inclined to cooperate with officials if they are simply asked to share information rather than having it stripped away without consent. Since a student may easily deny the device’s access code to officials, a less aggressive approach to a cell phone search would reduce students’ inclination towards denial of providing data.

Overall, we at The Olympian suggest that Cooper’s bill as it is written now will be an intrusion of privacy. Students have a right to deny their personal content to anybody. The bill should specify the information that may be obtained, and place a limitation on content sharing and collection of information by school officials.

One thought on “New cell phone bill could prevent cyber-bullying”