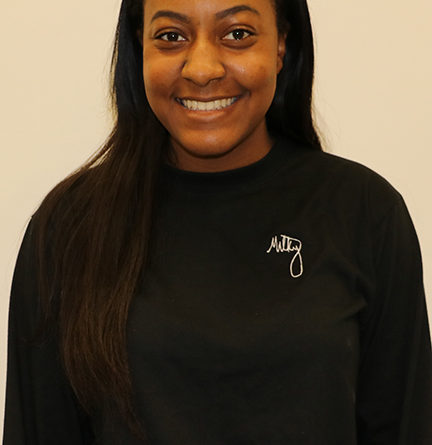 Having lived in the Bay Area my entire life, coming from a very liberal minority family, the election of Donald Trump came as more than a shock to me. I blamed the rest of America, not thinking that Californians could possibly have voted for the man who disrespected many groups of people, all of whom make our entire state diverse and amazing. This was all until I attended the town hall meeting held at CVHS by Congressman Eric Swalwell.

Upon arrival I looked around the room and noticed quite a few people sporting “Make America Great Again” apparel. I was surprised that they would attend the meeting, considering that Swalwell is a Democrat, but I was interested in how they would behave.

I noticed a man in the front row who shook his head and booed anytime Swalwell mentioned the negative effects of President-elect Trump’s actions. I also saw a woman decked out in American flag apparel, who shouted and called the congressman names. I noticed a man who walked up to someone and yelled at him about his views being wrong.

It was interesting to me that the people who had “won” felt so angry. I wondered why they were so hostile towards anyone who didn’t agree with them, and why they attacked those who were addressing their wrongdoings. I don’t agree with Trump’s ideas, so I would never attend an event in which he spoke, because that is not an environment that I relate to. If Trump supporters don’t agree with Democratic ideas, then why come to an event in which you know they will be spoken about? In a way, I felt like his angry supporters were immature. People are taught to walk away from situations that they don’t want to be in, but that day, the Trump supporters put themselves in it.

It’s as though they went searching for an issue, and someone to argue with. I truly felt like they attended and argued just to get someone to listen to them. If you “won” and your ideas are “right” then why must you go out of your way to prove them? I think deep down, those who support Trump’s racism and other terrible ideas are trying to prove to themselves that it’s okay, and if there is one thing I hope that they took from the meeting, it’s that it’s not.

Donald Trump’s rhetoric has been full of anger and hate from the time he announced his campaign, and I believe that that is what drove people to him. He is a justification for their anger, racism, sexism, Islamophobia and all of the other hateful ideas that are now prevalent. In a country where your next president believes it is okay to judge, stereotype and offend entire groups of people repeatedly, why would its citizens feel the need to be tolerant or accepting? Our leader sets the tone for our country, and the tone that Trump has set is not a good one.

I am not hopeful about the upcoming presidency, but I do hope that the negative-minded people who attended the meeting, and those who agree with them, find a way to understand that America is a place where everyone is different, and that spewing hate in our society helps no one.