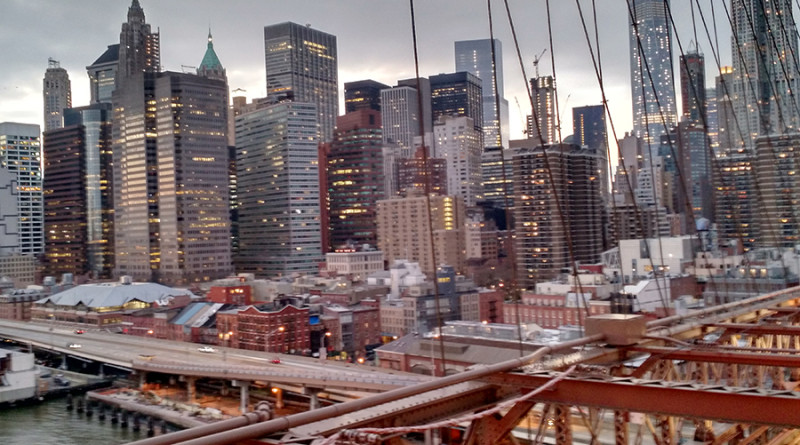 Wanderlust is the innate desire to roam or travel. In a few weeks, it will soon be spring break, and everyone is talking about where and how they will be spending it. I have no planned international destinations, but times like these remind me that I have not experienced the world in all its greatness, and wanderlust hits me like a train.

I was recently at a friend’s house, wrapped in copious amounts of quilted blankets and enjoying the company. We were having a conversation about the different boroughs of New York City when it dawned upon me that I was the only person in the room who hadn’t been to New York. I felt a flurry of envy and awe. This moment was tinged with nothing less than wanderlust. I listened to the stories of uneven pavement and ceaseless noise. I imagined the busy streets and bright lights. The illusion of this great city pulled me in and has not let go since.

Earlier that day, an 80s German song began playing that caught everyone’s attention. It was the kind of song that’s meant for toe-tapping and bringing people together. I was unaware of its meaning, but the music bridged the language barrier and I hummed along. The only audible English words were “New York” and “taxi.” I went home that night knowing that the name of the song was “Ich war noch niemals in New York.” I searched for the song on YouTube and was amused by the results. The name of the song means “I’ve never been to NY.”

This memory has never left me. How ironic and ignorant of me to have said those exact words and not be aware of it. I now play the song constantly. It brings along with it an intangible feeling of unwasted youth. Looking back, I was truly happy in that moment. And maybe it was because that song spoke to the parts of me that envied the well-travelled. I connected to the singer’s convictions so closely that I still question how much of a coincidence it really was.

“Ich war noch niemals in New York” is a song about a man who dreams of getting away from the monotony of his everyday life. He imagines what it would be like to drop everything and leave. He has never been to New York, Hawaii, or San Francisco, and fears that he’ll spend the rest of his life never doing the things he’s always wanted to do. This song is about wanderlust.

The illusion of NYC is an anchor in my mind. I walk through the hallways of our school, afraid that I’ll be here forever. When I feel like this, I remind myself that I will live to ride in a yellow taxi and buy food from an authentic street vendor. Wanderlust dares me to see beyond a definite horizon. There is so much more beyond the edges of the Valley, past the sun reflecting off of the Bay. There are new sights to see, different cultures to appreciate. There is an entire world to fall in love with. There is New York.