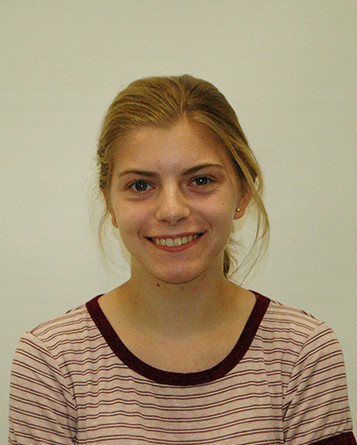 Filled in a conference room with professional journalists and newspaper publishers, four students from The Olympian sat along to listen to important state lawmakers voice their opinions on issues concerning California. The conference was held in Sacramento on Feb. 3 for the California Newspaper Publishers Association (CNPA) Governmental Affairs Day. The event brought up issues like the cost of living in California, climate change, education spending, and new technology.

As one of the students who attended the conference, I learned that you never know how interesting observing lawmakers can be until you experience it. The information from the conference is not usually a set of topics that high school students tend to hear about, however it was engaging when there are issues that affect the environment you live in.

We met several important people on our trip to Sacramento. Senate President Kevin de Leon spoke with us for a short time. He is very popular with journalists and it felt like an honor that we got at least a small moment to speak with him. Senator Hannah Beth Jackson produced a very strong speech at the conference and was highly engaging. Jackson brought up issues that no other lawmakers had mentioned such as unequal pay, maternity issues, and the misuse of new technology such as drones. We enjoyed an interview with her as she was very willing to speak with us and provided extensive information on the issues she had previously mentioned.

In an exclusive private interview, we met with Assemblyman Bill Quirk. Each of us asked Quirk questions that sparked our interests and related back to issues affecting our town and school. Like the other state lawmakers, Quirk had groups of journalists and activists wanting to speak with him. Quirk advised The Olympian to return for next year’s Governmental Affairs Day, and we will take his suggestion.

The whole experience of talking and meeting with important figures made our trip feel very professional. It was a significant event to attend. Even though we were the only young adults in the room, it was a respective atmosphere. The Legislature members thanked those that attended the conference for the work they do to continue the newspaper industry, and we felt proud to have been a part of it.