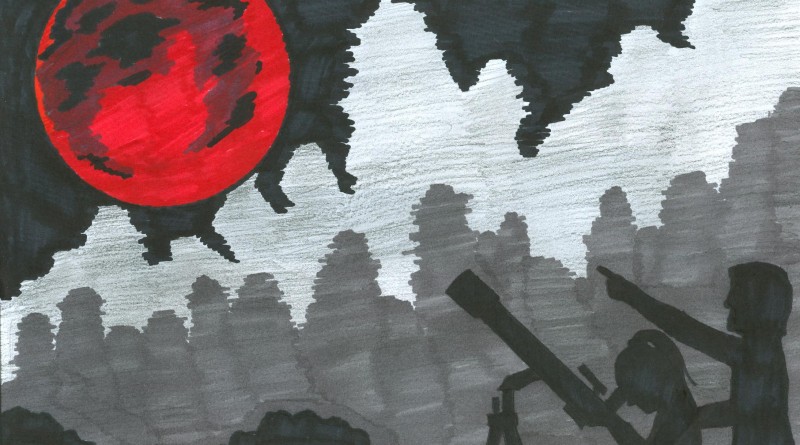 On September 27/28 of this year there was the total lunar eclipse dubbed the Blood Moon. Shown at the reasonable hour of eight p.m., there were many who saw this rarity of a moon. But, how many people will see the next eclipse?

Solar, lunar, and any kind of eclipses in today’s day are seen as beautiful and sight for sore eyes. I have made it a personal mission to see every type of eclipse that has presented itself for the last year and I can personally say I have never seen anything as beautiful as them. A factor that contributes to not only my appreciation but others appreciation for eclipses are the fact that they aren’t seen every night.

The most recent eclipse that happened was on a Supermoon, in which the moon is at its closest to Earth. Total eclipse of Super Full Moons are rare. According to NASA, they have only happened five times in the 1900s and another will not be seen for another 18 years in the year 2033. On average, there are four eclipses in a total year. It is considered a rarity to have five eclipses in a year. According to NASA calculations, only about 25 years in the past 5000 years have had five eclipses. The last time this happened was in 1935, and the next time will be in 2206.

Eclipses don’t happen often, so wouldn’t that heighten our desire and expectancy to see them? The sad truth is that many people don’t have an appreciation for them, they don’t see them relevant or important to their daily lives. Eclipses don’t matter, they aren’t “worth the time of day.” These oddities happen at night-time, during hours that aren’t very convenient for people at average two and three a.m. Eclipses give us perspective in life, let’s us see things differently. In those wee hours of the day while others are asleep and getting ready for their next day there are people outside watching the night sky as it does something magnificent. During these hours you realize you are not just one human in a world of seven billion, you are one being of matter among a universe of undiscovered anomalies, questions, thousands upon thousands of unexplored planets and stars.

People in Ancient Greece and Biblical times praised and sought to see more of these eclipses. They were deemed highest of importance and were loved by many. So what changed? When did they become less important? When did we become so busy that we couldn’t loan a few measly hours of our whole life to see something that doesn’t happen often? So while there are many who continue to sleep, I will be outside waiting to see proof of the vast majesticness of the universe. Please join those who do for the next eclipse, a lunar eclipse on March 23, 2016.