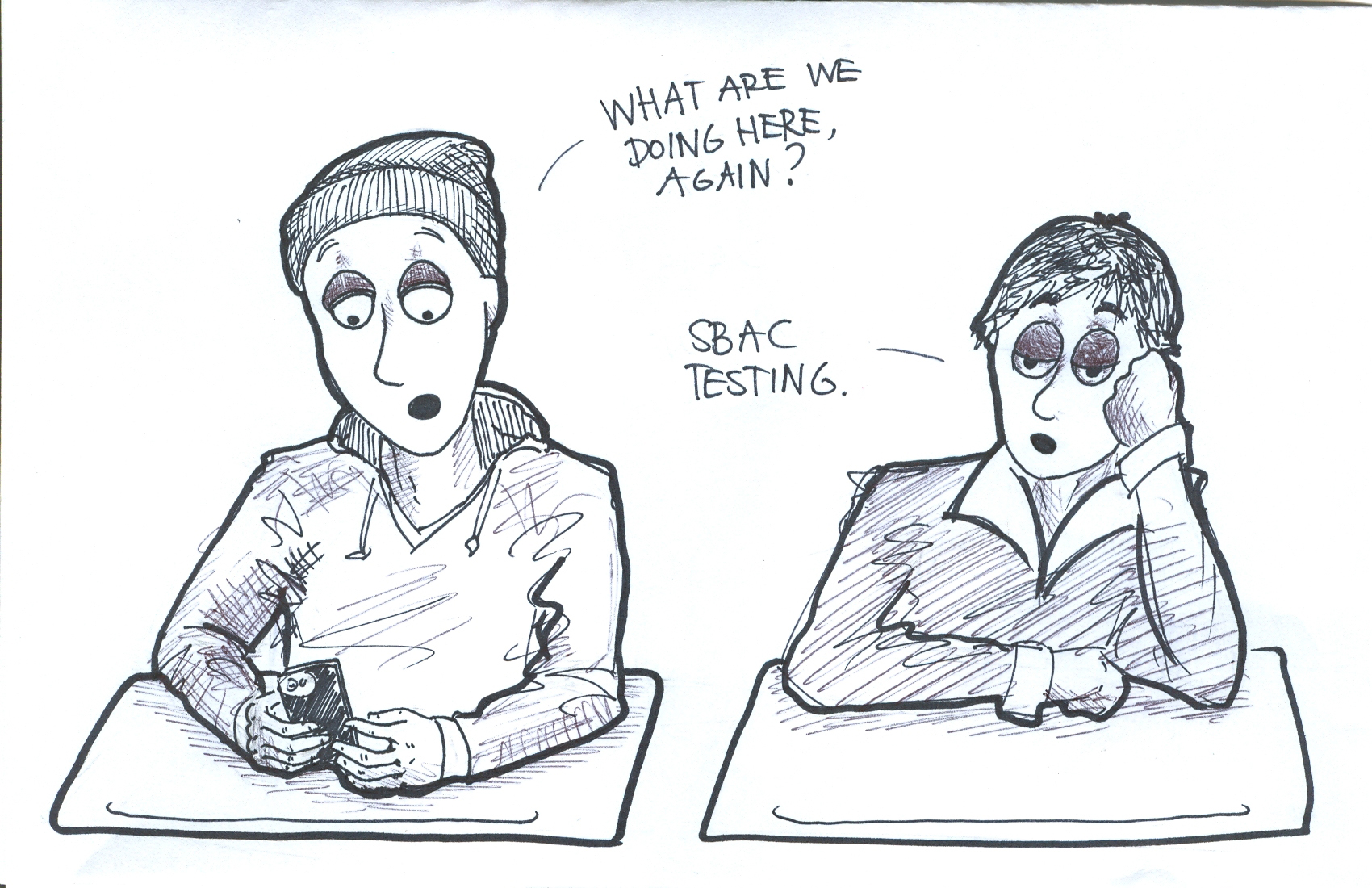 Juniors at CVHS were subjected to the Smarter Balance Assessment Consortium (SBAC) over four days in May. The test is administered online, and many different versions were given to students. The test varied in ways such as some students having to write a lot and some not writing anything at all.

There were also at least 100 number of students who opted out of taking the test. When asked, it became apparent that the students’ test was not necessary and very time consuming.

One benefit of the test that students were made aware of were what the test scores could do for CSU admissions. If students scored well on the SBAC they may not have to take the standard placement tests that some schools require. The only downfall to this is that there are other ways to get past the entrance tests that aren’t as boring or take as much time.

Due to state law, the test has to be given to students at some time during the school year. Since it is mandatory, there are ways that the test could be improved before it needs to be taken by current sophomores next year. The process of setting up the Chromebooks to take the test went smoothly for most, but some students complained of the computers crashing. Other than that, the context of the test could also be improved. Feedback from students who took the test could be used to determine how to make it more “student friendly” for future years.

There could also be improvement on the time that the test was given, and what students who weren’t testing were instructed to do. Some classes watched movies, did work the whole time, or sat there. Some who had substitutes were even allowed to leave campus to get snacks to eat and drink while they waited.

The test differs from the STAR test that used to be given in ways such as the STAR being given to freshmen, sophomores, and juniors, and that test was written. With the test being computerized it individualized the test a little more and students did like that.

With more information given about the test, and quite a few improvements made both with the test and the schedule for it, it is possible for more students to want to choose to take the test instead of opting out and put more effort into completing it to the best of their abilities.