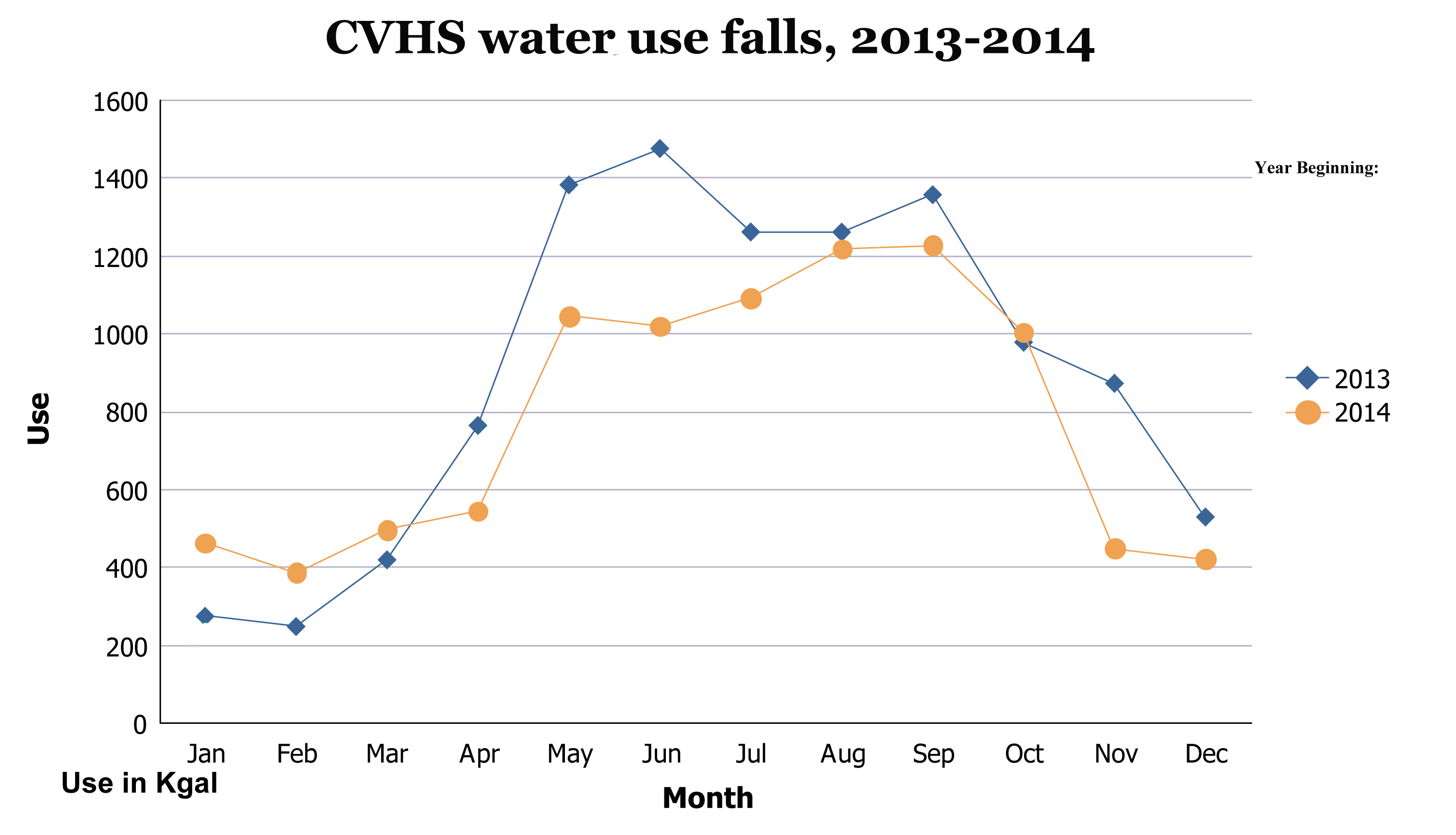 With the warmer months quickly approaching, more attention is being brought to the growing severity of the California drought. The responsibility belongs to individuals as well as public institutions like CVHS in order to significantly reduce the statewide water usage.

In 2014, CVHS reduced its water usage by 13 percent. The school reduced its January usage even more in 2015, although its water usage is expected to increase during these coming months of May through September, which are typically the hottest months in Castro Valley.

“By far the largest use of water throughout the school district is irrigation of our fields and landscapes,” said CVUSD maintenance director Michael Miller.

Miller also explained that additional measures can be taken to increase reductions, such as being more proactive about fixing leaks and clogs in school equipment.

“As a school, the primary advice I would give is to be very conscious of the water you are using. Do not run faucets unnecessarily and report any problems you see,” said Miller.

More involved plans would require additional funding as well as plenty of time to implement.

“Maintenance should have some plans to convert fixtures or landscapes” in order to save more water, said Ray Villegas, CVUSD energy manager.

Other potential plans for change include lower flow toilets and the creation of more turf fields throughout the CVUSD schools.

California Governor Jerry Brown first announced that the California drought was in a “state of emergency” on Jan. 17, 2014. Other than repeated urgent warnings in the news, little else was done during that year to back up Brown’s statement.

More recently, Brown issued an executive order which urged Californians to reduce their water usage by at least 20 percent.

As a school, CVHS needs to bring down consumption by an additional seven percent yearly in order to fulfill the governor’s recommendations.

“Schools should be held accountable for saving water the same way that homeowners are. It’s a really good start, and it seems like the school really is trying,” said Deborah Yager, CVHS science teacher.