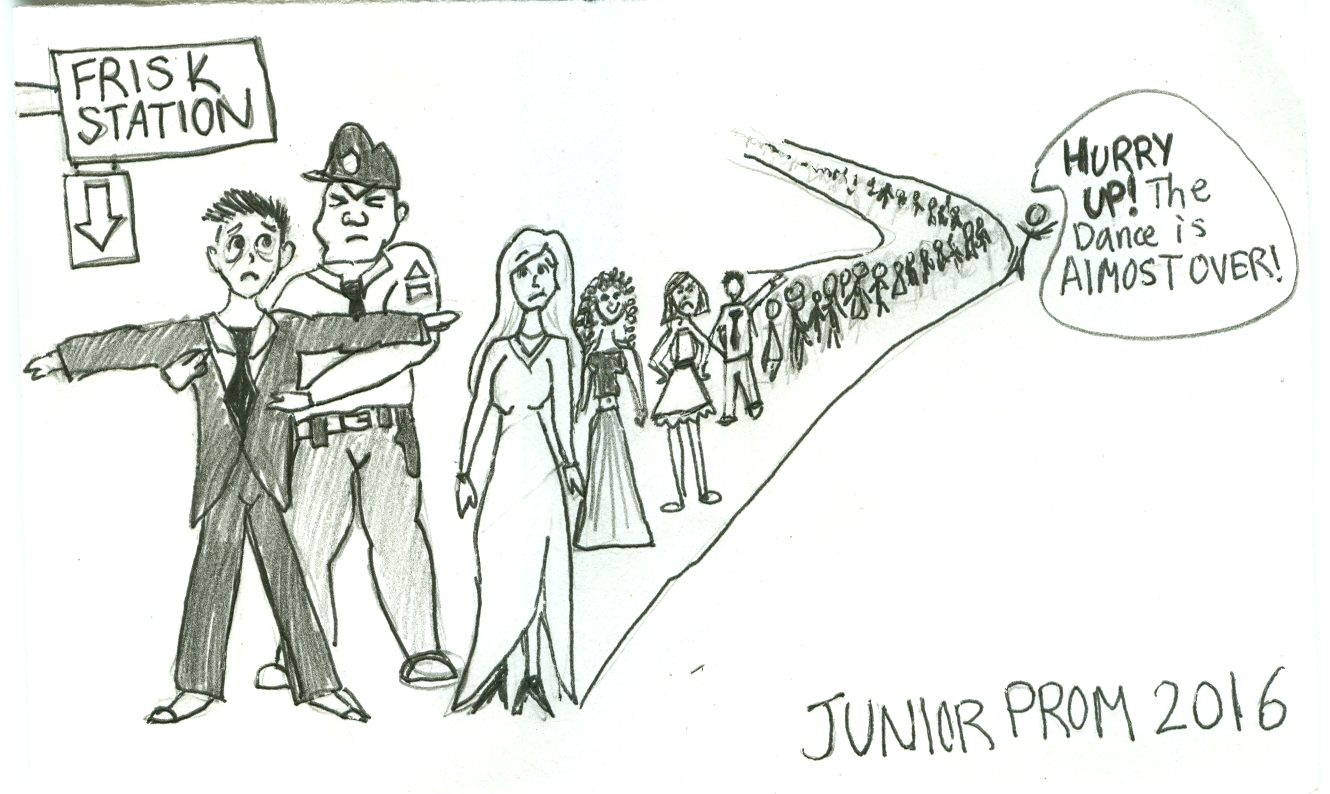 Prom is the quintessential high school party. Hundreds of juniors focused on enjoying the most extravagant dance, but some had other plans in mind. Students exchanged pot, molly, and liquor prior to the dance in preparation for the biggest party of the year. But in carelessness, issues regarding drug abuse arose, and at least one student suffered a medical emergency at the dance.

We at The Olympian believe that school administration could have taken many more steps to prevent drug use during Junior Prom. We suggest that more precautions be taken leading up to Senior Ball, and that a new drug policy be put in place for all future school events.

Upon arriving at the prom venue, students were searched for various prohibited items by staff members at the door. We believe that these searches are not necessarily the most effective, as students can easily hide items in undergarments, making them nearly impossible to detect in a quick scan. With hundreds of attendees, more thorough searches are unreasonable, and would waste too much time.

Despite the best efforts of security, students are able to bypass this barrier, and bring drugs into the dance. In order to combat its use in the venue, we suggest having more on-site supervision. Teachers and administration should patrol all of the rooms and bathrooms in order to ensure proper student conduct. With the presence of an authority figure, and the prospect of punishment, students would be less likely to abuse illegal substances.

Punishment for offenders should not only be enforced, but intensified as well. The student handbook dictates that being under the influence, as well as possession of drugs and alcohol, are punishable with a five day suspension and filed police report. State law makes possession of drugs punishable with a fine and up a month in jail. However, very few students suffer these consequences.

Drug use cannot be taken lightly at CVHS and offenders should be rightfully punished for their activity. Consequences should be amplified in order to ensure compliance to these rules. The drug rules should be enforced to their highest extent, creating a truly zero-tolerance attitude towards drugs. For Senior Ball, we suggest taking away the privilege to walk the stage during graduation for those who are caught violating the drug policy. Students need to realize the severity of their offense to prevent abuse.

As it is in many cases, the first step in ending this problem is with prevention. The administration needs to continuously address the CVHS drug problem as it arises on campus. Sometimes students show up to class high and the hallways smell like marijuana. Students aren’t seeing the consequences that come with the possession or use of drugs and alcohol, and by showing leniency in the policy, administration is encouraging the continued abuse. In order to maintain student safety both on and off campus, school officials need to take more steps in enforcing the drug policy.

Students, however, still assume a majority of the responsibility of their actions. School and school-run events are not the time and place for drug and alcohol use, and  students need to take their peers into consideration. Users should be aware of both the physical and legal consequences of consumption, and take all steps necessary in staying safe, even if it does mean leaving drugs behind on prom night.