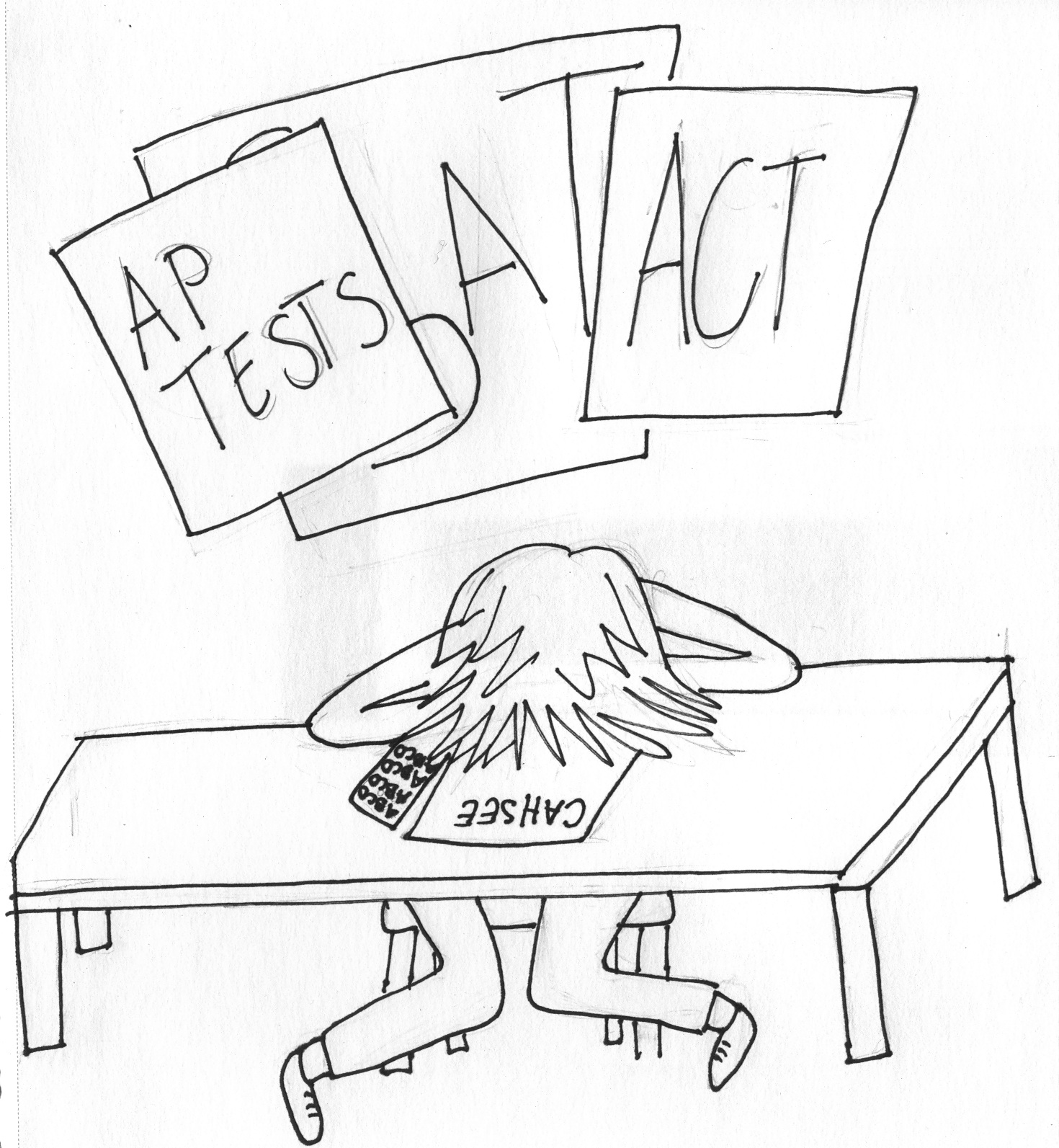 The California High School Exit Exam (CAHSEE) is taken by all high school students throughout California in order to receive their diplomas. The test indicates whether or not students have reached grade level skills in writing, reading and math.

At CVHS, students excel on this achievement test, with over a whopping 90% pass rate. Although the passing rates are high at CVHS, we at The Olympian believe that the CAHSEE should remain the same test with no further modifications in order to make the test harder.

Some believe that the CAHSEE is too easy and there should be adjustments made to make the test harder. With a harder test, students may be more inclined to study for the CAHSEE and do well. However, as high school students, the last thing we need is a harder test.

With an overwhelming amount of tests high school students take, such as the new SBAC, some suggest that the CAHSEE should match the new Common Core standards. We could also consolidate the CAHSEE with the SBAC test so students take fewer tests.

Although the idea of taking less tests is appealing, we also have to take into the account that making the CAHSEE harder may lower passing rates and stop students from earning diplomas.

The high passing rate for the CAHSEE does not mean the test is easy to everybody. Special education students have to take it as well, and for visually impaired, geometry and math is difficult. Students are also given the opportunity to take the tests six other times until they pass.

Instead of making the CAHSEE harder, we should help that 10 percent that doesn’t pass. We need to help and motivate students to succeed in school, not implement a harder test that hinders students from graduating high school.

The CAHSEE is designed so students can pass and graduate high school with their diplomas. A regular high school student has to worry about the SAT/ACT, Common Core, and AP tests. Taking AP classes already demonstrates that students are capable of college-level work and excel in grade level skills in reading, writing, and reading.

With an overwhelming amount of work required for students to pass high school and prepare for college, making the test harder will cause additional and unnecessary stress for students.

We at The Olympian believe that the CAHSEE should not be made into a harder test. Instead, the test should remain the same level of difficulty, helping students graduate high school instead of failing or dropping out of school.