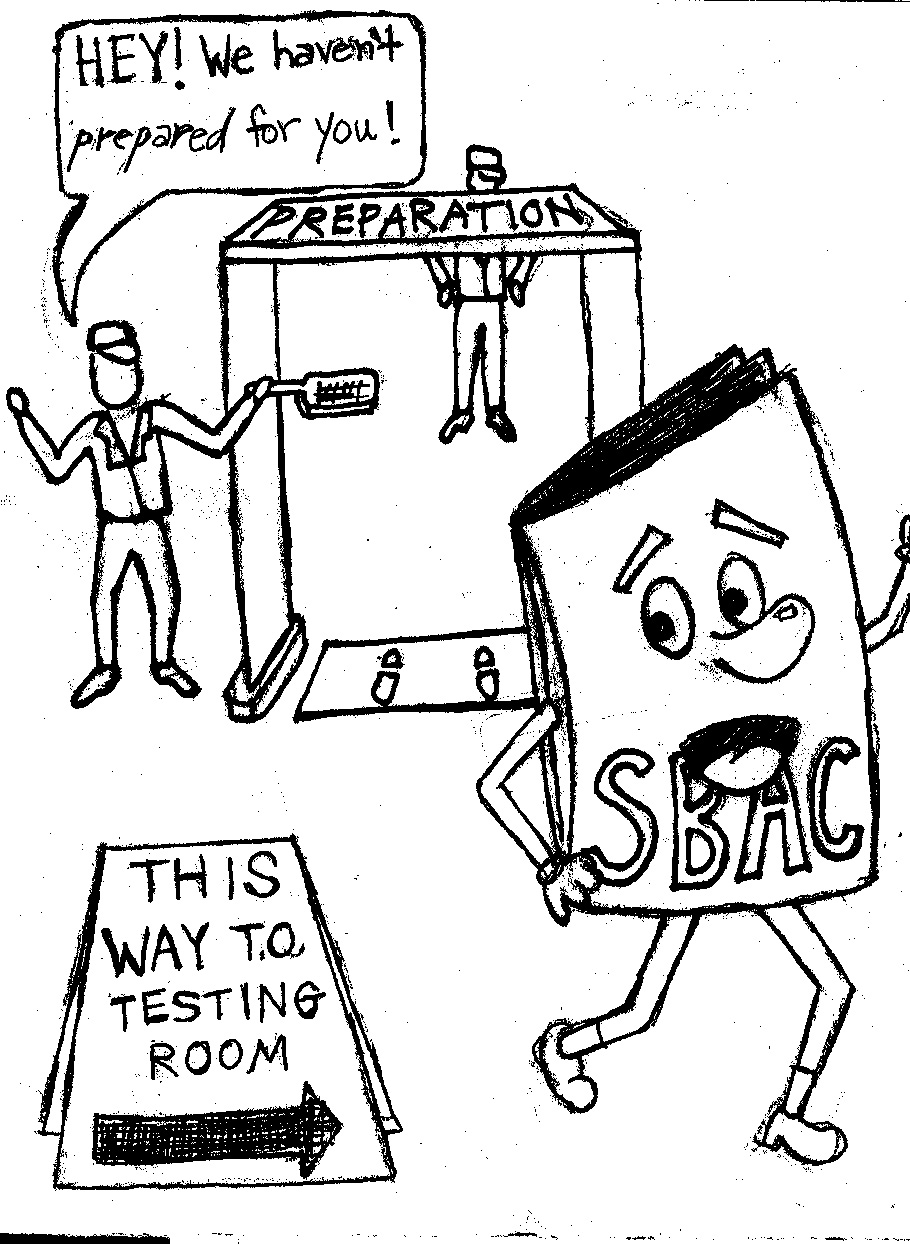 Much like most of the United States, CVUSD is implementing the Common Core Standards in the 2013-2014 school year. The Common Core Standards come with a new test called the Smarter Balanced Assessment Consortium (SBAC), which is now replacing the STAR test. The SBAC is to be administered on computers and is planned to be given to students this spring during normal STAR testing time.

But who should take the SBAC? At The Olympian, we believe the SBAC shouldn’t be given until students are well prepared for it.

A news release from the California Department of Education states that “the new assessments will be computer-based, allowing for a much broader range of test questions than the multiple-choice exams given under STAR. They will emphasize critical thinking, reasoning, and problem-solving, modeling the kind of teaching and learning needed to prepare all students for the demands of college and the modern workplace.”

In the No Child Left Behind Act of 2002, students in grades three through eight were to be tested every year with the STAR test. Along with those students, high school students were to be tested at least once in math, science, and English. One of the issues presented with not testing would be that those not in high school prior to this year would be violating the No Child Left Behind Act, as the students would not have been tested in high school.

Since this is the first year with Common Core Standards, many teachers find the standards to be unclear because they do not have the resources or guidelines to truly prepare the students for a test like the SBAC. Testing the juniors would be giving them a test that does not match up with the state standards they grew up learning. In addition, a major issue with taking the SBAC this year is the fact that the test is to be taken through a computer. Both computers and staff to proctor the test are limited here.

Students could find it difficult to concentrate on a computer screen for a test because many are not used to taking tests in that way. Nothing guarantees that the students would take the SBAC seriously just as many students don’t take the STAR test seriously and given that the SBAC is a harder test. Many students need an incentive to do well on a test such as offering scholarships to those who achieve outstanding scores on the test.

The situation would be better if students were given a practice test to have a better idea of what the test will be like. Testing those in elementary school would be better since it is easier to get younger students to adapt to such changes because they have not gone through years of education with the old standards.

All in all, the students in high school now were truly never prepared for a test of this sort, and it would be best if the test were given at a time when students were more prepared.