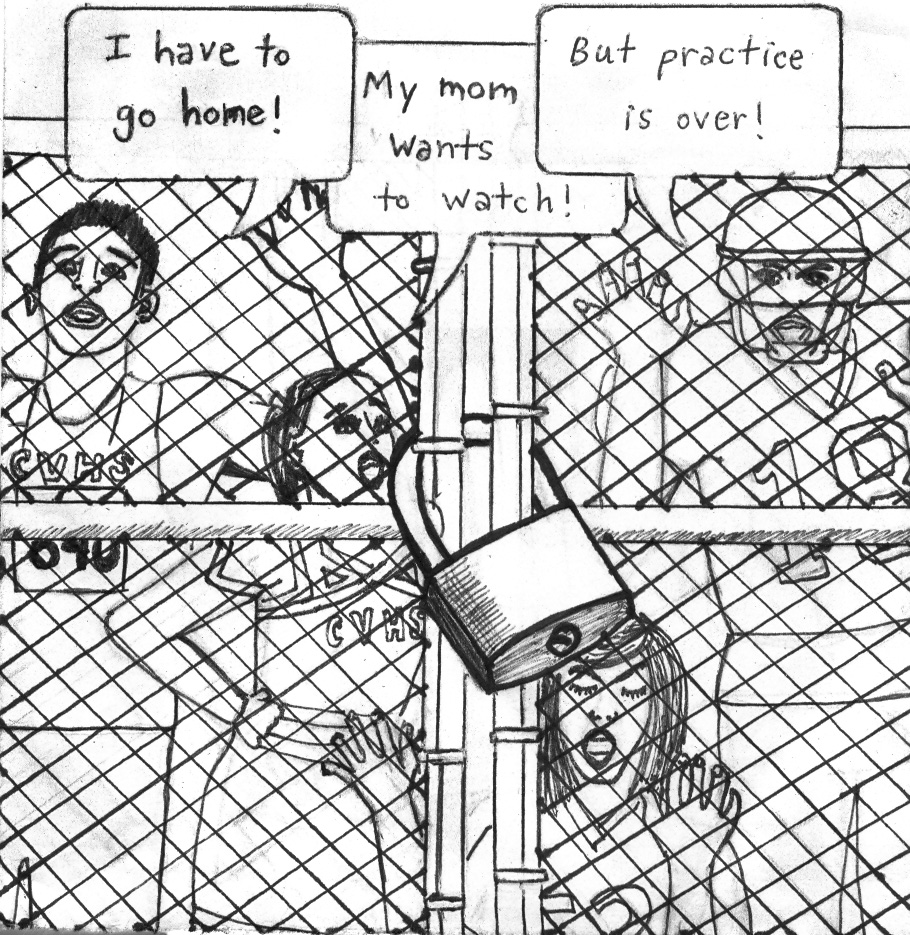 This year, CVHS began locking the gate to Trojan Stadium during after-school sports practices and hired a guard to secure it.

But is it fair for the community members to not have access to the stadium until late in the evenings even though they helped pay for it? Many say that it is not. If you spent money for something and were not even able to use it, wouldn’t you be angry and want something done?

Some even believe that instead of paying someone to watch the stadium so people don’t come inside, the school can spend money for new textbooks or more iPads for classes.

The school also doesn’t realize that locking the gates makes students hop the fences, and it also puts pressure on athletes late to their practice, causing them to rush. These actions might result in a student getting hurt. When it occurs, who is to blame, the students or the people who decided to lock the gates? Having students putting themselves in danger so they aren’t late isn’t worth it.

We at The Olympian recognize that locking the gates improves security, keeps immature kids out and reduces distractions to teams which are practicing. But we also believe there is more bad than good in locking the stadium.

The Olympian unanimously agrees that the school should reconsider and locking the stadium should not continue. Have a guard for security, but make the stadium open to all.