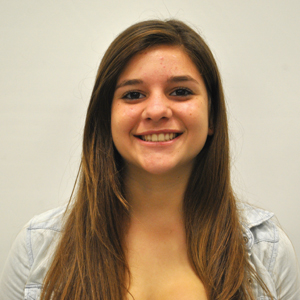 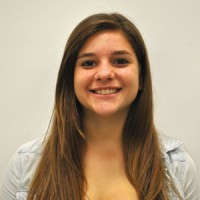 We eat the food handed to us on a silver platter, enjoying and indulging in every bite. Eating is wonderful and food is extremely easy to find. You could say we are pretty blessed.

But are we really?

I’ve just watched Food Inc. for the first time and odds are that most of you have seen it. But do we pay attention what’s said and not just what’s shown? Director Robbert Kenner says more than what he shows, and frankly that scares me.

One third of the country’s farmland is used for corn.  About 90% of all of our food products have been made with a concoction of corn.  We all know about high fructose corn syrup, but the commercials never say it’s bad for you. They suggest eating it “in moderation,” yet the correct measurement of that is pretty impossible to find. They are tricking you into thinking it’s okay to consume it when we really shouldn’t eat it at all. Corn is cheap, easy to grow and no longer natural. Hormones are injected into corn to create larger and faster growing crops.

In 1940, McDonald’s had revolutionized food with the “Speedee Service System” which allowed people to buy more food faster and cheaper than ever before. After the McDonald’s innovation became a success, the company quickly became the largest buyer of chicken, beef, and all other ingredients used in their food. McDonald’s had started a trend which included contaminated, processed, fake, and abused meat.

The top three meat manufacturing companies in the USA are Tyson, Perdue and Cargill. They control 90% of the industry. These companies feed their animals corn instead of grazing on grass. Corn makes the animals fatter faster and many of them get sick because they can’t handle it.

So what do the “trustworthy” meat companies do? They give the animals antibiotics, which stay in their systems for a long time. Since we aren’t being fed the good cuts of meat, we end up ingesting antibiotics, which makes our immune systems impervious to antibiotics and renders them useless when we actually need them. Doesn’t it feel good to know that we are almost literally eating our way to death? Delicious.

What should scare everyone in the US are the mass breakouts of E. Coli. In the past six years we’ve had sixteen breakouts of E. Coli, which is often deadly, and has been found in all kinds of food. It’s been reported in cheese, lettuce, spinach, beef, chicken, hazelnuts, sprouts and other leafy greens. To add to the problem, the companies that produced the contaminated food are still producing the food that you have eaten your whole life.

A boy by the name of Kevin Kowalcyk died in ten days from a burger contaminated by E. Coli. His family proposed a bill known as Kevin’s Law, which states that any company that produces contaminated products would be shut down by the U.S. Department of Agriculture.  This law has never been passed and the food industry continues to sell contaminated food to Americans. The Federal Government seem to be tight with the food industry and don’t want to hurt their “buddies.”

It’s a possibility that this current generation will be the first to die at a younger age than their predecessors. The underlying cause? Our diet. All that In-N-Out is lowering our life expectancies with every bite. You know smoking is bad and everyone finds it gross, but why can’t we do the same to cheap and poor meat? We have never actually tasted good meat but have in fact adapted to the gross stuff. We have adapted to endure and enjoy the terrible.

If we all started to buy organic non-corn based products we could curve our corrupt industry. The organic would become more common and the cheap, fake, corn-based food would become more expensive and less popular.  Simply buying meat from natural farmers who let their animals graze the land can make a huge difference. We choose what goes into our mouths, and we should choose to not ignore it. Ignorance is not bliss in this situation. Whether we know or not, we will all have the same ending if we continue to indulge in these disgusting foods.