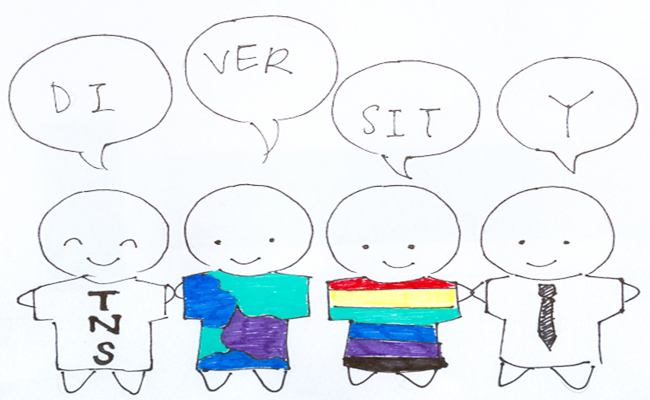 The recent Days of Diversity activities at CVHS, which took place between March 19 and March 23, were a fantastic way for students and staff to connect with the broad cultural backdrop that comprises our school’s student body. The activities consisted of a multicultural assembly and a variety of guest speakers from around the world who related their experiences to a student audience.

These interesting presentations made an impression on Olympian staff members.

Tina Phillips taught us the meaning of LGBT terms and about the consequences of homophobic bullying and slurs.

Norman Hirose told us about his life in a Japanese concentration camp in the United States during World War II. His family was relocated to Topaz; luckily, there was a school at the camp, and his father was able to get a job. Although they did not suffer as badly as the Jews did in the concentration camps in Europe, the relocation was difficult for everyone involved.

Paul Cox, a Vietnam veteran, talked about the physical and mental trauma of war, and how it changed his outlook on the necessity of war in general. His speech was informative but also gave another perspective of how a young soldier who was originally neutral about the war came to vehemently oppose it. Now, Cox works to help Vietnamese citizens and veterans who continue to be affected by the war in the form of poverty and illness, especially those who were harmed by Agent Orange, a chemical weapon employed by the U.S. to destroy plant life during the war.

Kinriereth Jory, a student teacher here on campus, taught students about the different experience one can gain from studying abroad. From the different food to the unique celebrations, it gave all of the students a broader view of the world. For example, Jory went to Spain for a year and lived in a 17th century town. Just one of her experiences there was Christmas time, when everyone in the town would gather at the community center and Santa Clause would pass out gifts for the local children.

The breakdancing club taught us about where breakdancing came from and how it developed. The club members shared about how they got started and what they loved about it; they then gave the audience the pleasure of demonstrating some breakdance moves.

David Livingston discussed the cost of living for a high school graduate and emphasized the importance of going to college. He made it clear how much money it costs to live on one’s own and how difficult and often impossible it is for a high school graduate to support himself. He also explained the significance of credit scores and how important it is to stay out of debt.

Bill Green taught our class of the horrors of the vietnam war, and the use of Agent Orange in vietnam. Green brought a new perspective of the Vietnam war, showing the hardships and devastating effects of the constant fighting. He also showed our class pictures that he took while he was in vietnam, along with a powerpoint on the war.

As this year’s Days of Diversity presentations come to a close, CVHS students are left hungering for more. Though we are done for now, the messages that stay with us are universal. Namely, it is important to remember that diversity, no matter what form it takes, is critical to the success not only of a school but of society at large.

The Olympian would like to thank our guest speakers for their dedication to the cause of school diversity, and for taking time out of their busy schedules to enable CVHS to have one of the best diversity weeks yet. We also sincerely thank all members of the CVHS leadership and administrative staff who have worked tirelessly to put on this invaluable event.