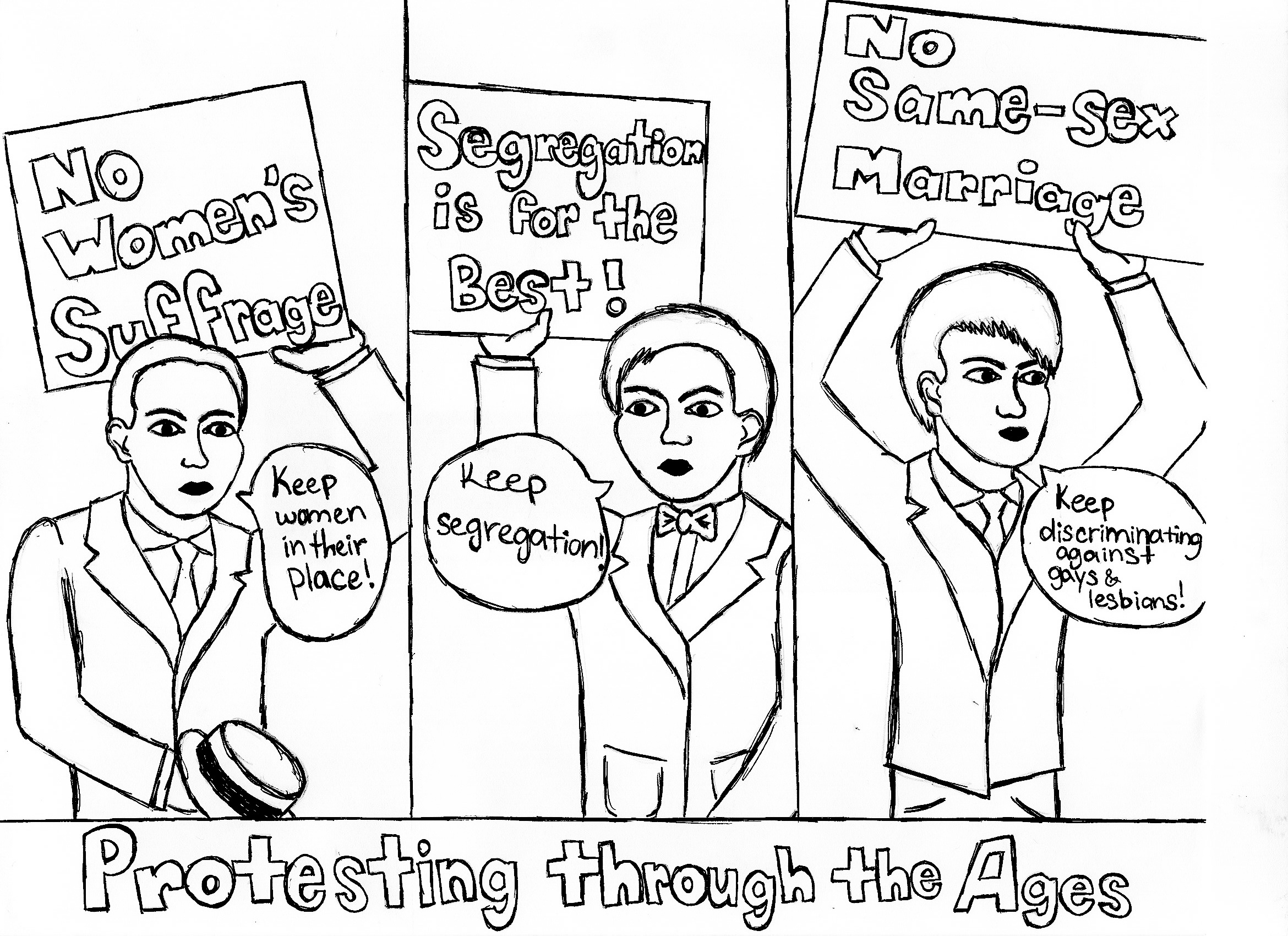 For the first time, Castro Valley showed its gay pride by holding a rally in the CVHS parking lot. The event drew a large amount of people flocking to support the cause. Students got to voice their opinions on the topic, and businesses, local residents, and many others came to support them as they made speeches and sang to their audience.

The Olympian supports the efforts of the rally’s planners, and their bravery in openly supporting  and planning an event for such a controversial issue. It was good that the people were given the opportunity to show their openness to equality for LGBT residents, since restrictive laws still exist and they need voters on their side to help overcome them.

While the “Don’t Ask Don’t Tell” law against homosexuals being allowed to serve openly in the military was just very recently repealed, the Prop. 8 controversy concerning gay marriage has been going on for a long time and will continue. A state law that was just passed mandating education about gays and lesbians in history has a petition circulating for its repeal.

Locally, there were men handing out anti-homosexual fliers on campus at the beginning of the school year. In the past, parents have sued the school district about the issue of gay speakers at Days of Diversity.

These issues show the need for events like the rally, which The Olympian found both good and bad. It was good because it showed that these issues don’t only affect those in large cities like San Francisco, but even people in little Castro Valley. Unfortunately they also brought people to protest the students’ demonstration.

The Olympian thinks that protesters coming to the rally was unnecessary because it was an event that stayed in the parking lot, and no one was required to attend. The protesters did not have to go to it. They could have stayed home and ignored what was going on. People don’t choose to be gay. It’s part of who they are, and protesting something that involves no conscious choice is offensive.