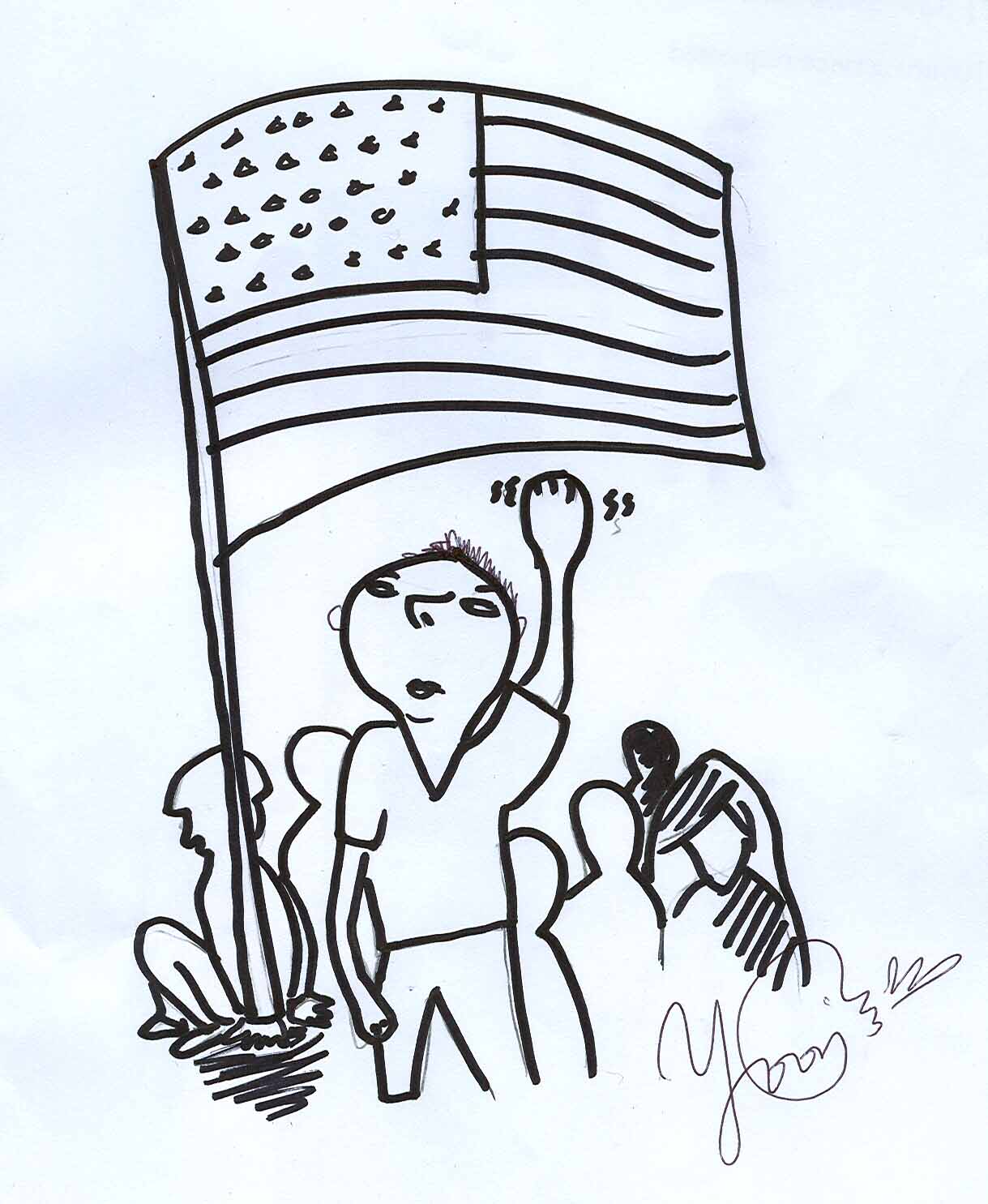 To be frank with you readers, I hate being called an American. The image that many American people have molded for themselves makes me shake my head in ignominy, hiding in the shadows of my own hands. This image a few have created shouldn’t be for everyone. It should be for the Americans who want to be “American.”

When I look at the American history of some of its people, words like animal, crass, and insane pop into my head. Let me give you an example: lynching. Some Americans from the past called themselves proud Americans. However, while they were calling themselves “Americans,” they were also hanging an African American from a tree. This is what many Americans have done, which led me to hate being called an “American.”

Another example is the civil injustices with which many Americans have committed against women and gays and lesbians of this country. Why do these people cling to their rights, yet completely deny and relentlessly abhor the pleas and cries for other citizens to have those same rights? An example of this oppression would be the opposition to women being able to vote in their homeland, America. Women did not gain their right to vote until 1919. Organizations such as The National Association Opposed to Women Suffrage were constructed to oppose something so small as a voting ballot!

It disgusts me that, even today, many people hate the idea of women having “so many” rights. It pains me to see kids at our school joking about how women should be in the kitchen while we men go out and “bring home the bacon.”

It brings shame to me to also see the opposition directed towards gays and lesbians, who demand nothing but peace and justice in their lives. As many of you know, Proposition 8 denies the passage for gays and lesbians to receive marriage certificates, or simply, the proposition denies the power for a gay and lesbian couples to get married. Many Americans have carried protests signs saying “Fags Aren’t People” or “Adam and Eve, not Adam and Steve.” Does this not seem wrong to you? As humans, does this not seem incredibly juvenile and insensitive? How can many Americans who say that they are “proud to be an American,” be so unjust to their own fellow brothers and sisters depending on race, gender, or sexual orientation?

So my fellow reader, what are you? Are you an “American” or will you create a new image for yourself?  If you consider an American a person who supports a country that terrorizes foreign states and oppresses minority groups, I am not an American. But if you consider an American one who admires the struggles citizens have gone through to achieve human rights, then I am an American. I am a human being who has emotion and the courage to stand up for equality in the world.

For those of you who agree with what I say, join me to oppose oppression and discrimination in the world. Don’t be categorized by someone else. Instead, make a name for yourself and more importantly, use the wisdom and the beauty of knowledge to create an image of America as it was meant to be: a land of freedom, liberty and where it is a given right to pursue happiness.