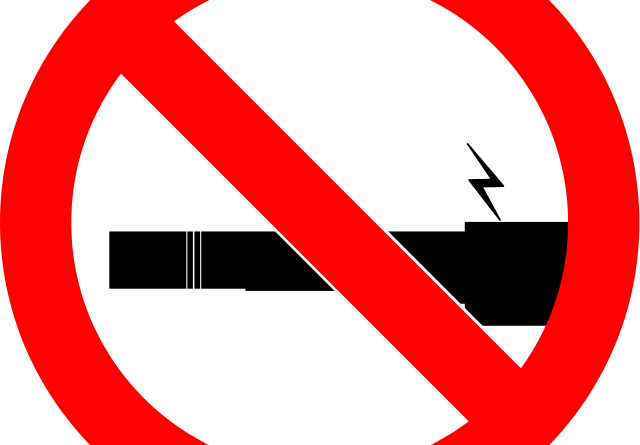 As schools reopen in-person again, some unexpected positives about teenagers being stuck in quarantine are becoming apparent: they are vaping less.

Before the pandemic, the number of students who admitted to vaping in middle school alone were astounding, and these numbers only seemed to be growing. However, students being locked in their homes due to Covid-19 has seemingly lessened their desire for–and access to–vapes.

“I think that vaping has decreased due to the quarantine since people are not going out as much. I also think that vaping just is not really as appealing to teens as it once was,” explained freshman Yusef Scott.

A seven percent decrease in high school students vaping across only a one-year period is a massive change, and it goes to show how little time it may take for more students to stop vaping. These numbers can be easily correlated to quarantine, as the lockdown in many areas began in March of 2020, roughly the same time these percentages began to drop.

Quarantine has had a big impact on teen vaping across the last year and a half, but other factors have had their fair share of the change.

“Nationally, regionally, and locally over the past two and a half years, there has been an incredibly powerful campaign about the dangers of vaping, and we’ve seen a decrease in vaping related to nicotine,” said Principal Blaine Torpey.

With more and more companies pushing against vaping, especially amongst minors, it becomes clear how the decreasing numbers of teens vaping can be attributed to the media opposing vaping.

The changes in vaping regarding teens over online school were apparent over the months of quarantine, but now that students are back at school, it’s possible that this progress is being reversed.

“I would say that when we were home for distance learning, [vape use] definitely decreased. Now that we have resumed school it has started increasing again, as they did not have much access before,” explained health teacher Erika Ikemoto.

As Ikemoto describes, students being out more often now has increased their access to vaping, meaning that the decrease in vaping numbers have begun increasing once more.

As schools reopen and teens get out of their homes, it’s only a matter of time to see whether or not the bathrooms fill again with cotton candy-scented smoke.