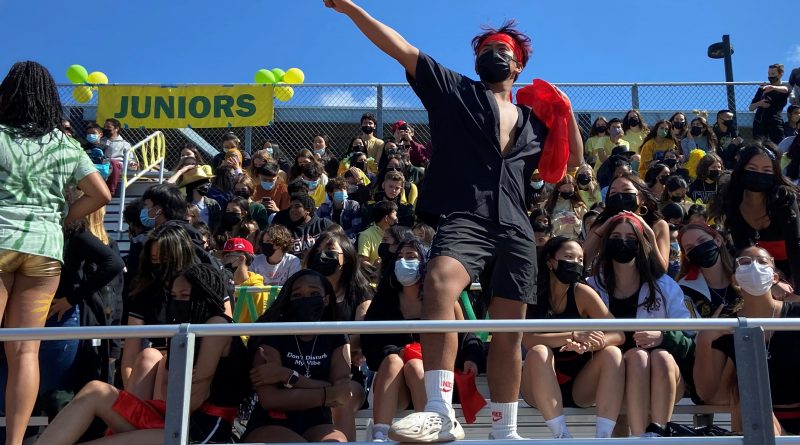 The 2021 Homecoming week was filled with fantastical festivities, otherworldly themes, and super school spirit. At the end of it, the juniors triumphed as the overall winners.

Juniors, the victors of Homecoming Week, came in second place for dance, second for skit, and first for the mural. The winners of this year’s junior Homecoming Court were Paolo Muniz and Sophie Zheng.

“Juniors won homecoming because we aren’t lame like everyone else,” teased junior Emily Pham.

“It was a great experience. Being announced was very fun,” said Enriquez.

“We tried our best, but it wasn’t enough to beat the juniors so congrats to them,” stated senior Catherine Chung.

Placing in third overall, the freshman placed fourth in dance, third in skit and fourth in the mural. The freshman Homecoming Court went to Caitlin Chen and Manson Andjou.

And in last place overall, the sophomores were third in dance, last in skit, and third in the mural.

“It was really surprising that I won and it felt surreal to be in front of everyone at the football game and the dance. I’m glad that I put myself out there because I made a lot of fun memories,” said Rasmussen.

The dream-like week of mystical fairies, extraterrestrial aliens, oceanic creatures, and valiant superheroes showed everyone the spirit of CVHS Trojans.

4 thoughts on “A mystical win by the Juniors at Homecoming”