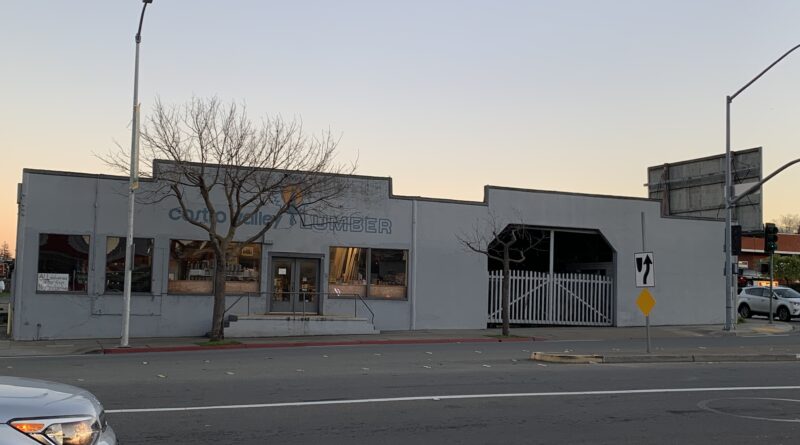 After much dispute and consideration, the Castro Valley Municipal Advisory Council rejected the Chick-fil-A company’s plan to open a 96-capacity restaurant on 2495 Castro Valley Blvd., currently occupied by Castro Valley Lumber, on Jan. 11.

Chick-fil-A is not like any other fast food restaurant. The chain has faced much scrutiny due to its long history of supporting and donating millions of dollars to anti-LGBTQ organizations, though the company claims to have halted such acts.

Feeling outraged that Chick-fil-A may open a new location in her hometown, CVHS sophomore Rebecca Ireland wrote a petition opposing this proposal. In her petition, she claimed that having a Chick-fil-A in Castro Valley would not promote acceptance, diversity, or inclusivity. Through posting her petition all over social media, Ireland successfully gained 105 signatures.

“As a member of the LGBTQ community, I felt hurt, because having a Chick-fil-A come to Castro Valley would show that we are willing to accept hate. When you are deciding where to go for lunch or who to support, please make sure you know where you are placing your money so that you don’t give it to places that harm other people. Morality matters,” said Ireland.

Along with issues regarding company values and ethics, traffic is another concern. With freeway ramps and other fast food restaurants surrounding the area, it would be unreasonable and chaotic to open a restaurant known for its long lines, according to Castro Valley MAC Board members.

Billy Bradford, the president of Castro Valley Pride,  also expressed his disapproval and sent a detailed email about it to the MAC Board.

“What strikes me is that people go to Chick-fil-A, eat there, and don’t care about LGBTQ issues. People who went to the MAC Board [meeting] cared more about traffic than LGBTQ issues,” claimed Bradford.

Bradford also highlighted how such companies pose many threats to certain minority groups, in this case, the LGBTQ community.

“Chick-fil-A has a long history of donating money to anti-gay evangelical organizations. They don’t do it anymore, according to them. But they would not have stopped, if it wasn’t for public pressure. If it wasn’t for the LGBTQ community. Many of us consider it to be harmful to have evangelical organizations continue to tell untruths about our lives, our families, our relationships,” Bradford said.

The developer in charge of the project, Ed Hale, declined to speak on the matter due to issues he has faced after interacting with the media. The public relations management group of Chick-fil-A did not respond to requests for comment.

MAC member Shannon Killebrew said the board mainly had problems pertaining to the traffic. The vice chair of the MAC Board had established at the start of the meeting that no opinions about religion of any sort of bias were allowed; therefore the meeting was mainly about land use.

Killebrew claimed that the meeting was not held to approve the project, but to discuss the likelihood of making an amendment to the general plan. The downtown district specific plan clearly states that Castro Valley cannot accommodate any more drive-throughs.

“We rejected the idea of any type of general amendment that would increase traffic in our community regardless of Chick-fil-A or In-n-Out burger. The motion was to not consider a general plan amendment,” said Killebrew.

Killebrew also noted that the proposed location of Chick-fil-A is near Eden Hospital which serves as a trauma care unit.

Though the Castro Valley MAC Board rejected the request for a general plan amendment, the proposal might not end there.