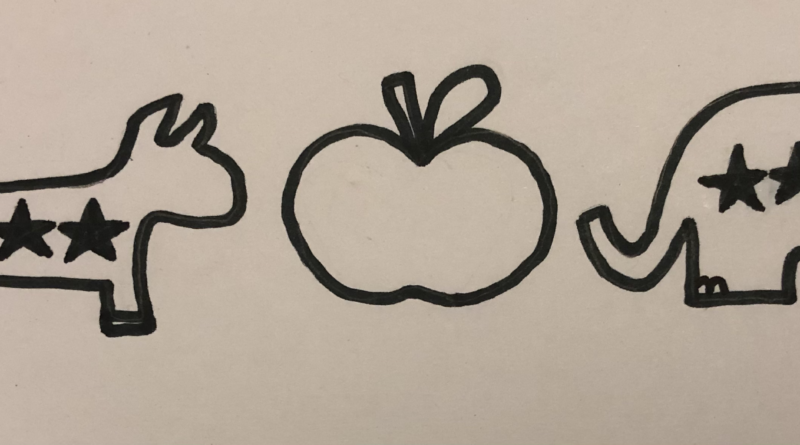 The 2020 Presidential Election has been a topic on the forefront of our minds for a long time. The tension was tightly strung between Democrats and Republicans as Nov. 3 came and went, and it still persists. The election has also sparked important discussions, in school and out of it, about personal values and the state of this country. This year, these issues have been explained and debated in CVHS classrooms virtually.

“This is an opportunity for my students to not only figure out what they think, but also why they think it,” said history Kathleen Cassidy. “I have a sticker in my classroom that says ‘If you can’t change your mind, are you sure you still have one?’ and I agree with that. If you aren’t continuing to learn, to evolve, then what’s the point?”

Politics can be a sensitive topic in the classroom, and while teachers support students sharing their views regardless of their opinion, some perspectives are offensive to voice.

“Laying ground rules is really important any time you have a debate in class, like listening to understand instead of just to argue, or making sure when you are arguing that the focus is on the issue and it doesn’t get personal,” said science teacher Laura O’Brien.

Government classes, which are some of the classes that debate politics the most, spent time before the presidential election predicting the results of the electoral college for every state. Then after the results were called, the students discussed the steps President-elect Biden has taken, as well as the tweets that President Donald Trump has been sending out. Of course, the students’ views on the topics aren’t all unanimous.

“Our school these days is a much more liberal-leaning population, so when we’re talking about things that involve President Trump, I make a point before we begin our discussion of reminding them that there are students in every one of the classes that are supporters of President Trump, and that they have the right to have that opinion,” said teacher Carmelina Frasca.

No matter what side they take, most students are engaged and interested in the political debates and discussions. School is not their primary source of news, so they come to class backed with information from articles, some reputable and some questionable.

One thought on “A discussion of relevant politics in school”