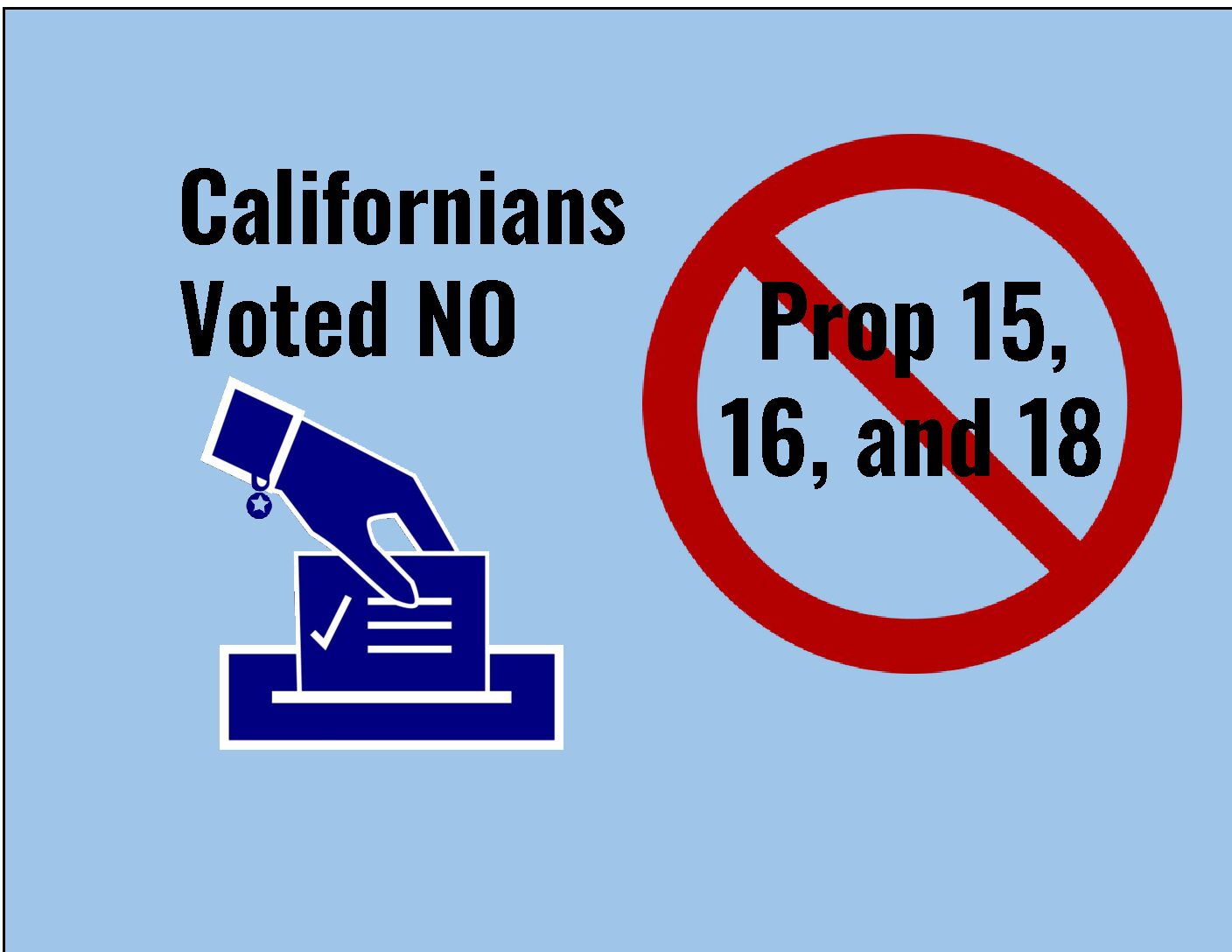 This November, California residents voted no on Propositions 15, 16, and 18 that would all have had major effects on young people in California if they had passed.

Prop. 15 would have increased tax on some commercial properties to fund schools and local governments. About 52 percent of the state’s 15.3 million voters voted no.

“Personally, I’m glad 15 got voted no because the people would likely end up being most affected are the small businesses and renters. Ultimately I think that Prop. 15 would’ve just raised the cost of living in place that is already exorbitant,” said senior Kiara Primes.

Prop. 16 would have allowed affirmative action on public hiring and college admittance based on gender and race. It also failed, as 57 percent of voters voted no.

“Prop. 16 should have been voted yes on affirmative action,” said senior Christian Green. “I think what people believe is that affirmative actions creates less opportunities for non-minorities, when in actuality it just allows for minorities to have to same chances at jobs and college admittance as everyone who is either more privileged or more likely to gain these opportunities because they are white and male.”

As for Proposition 18, it would have allowed 17-year-olds who would be 18 at the time of the general elections to vote in the primaries and special elections. This measure failed too as

57.8 percent of California voters voted no.

“I think that Prop 18 should’ve been voted yes because if someone is going to be old enough for the general election, then what difference does a couple months make?” said Primes.