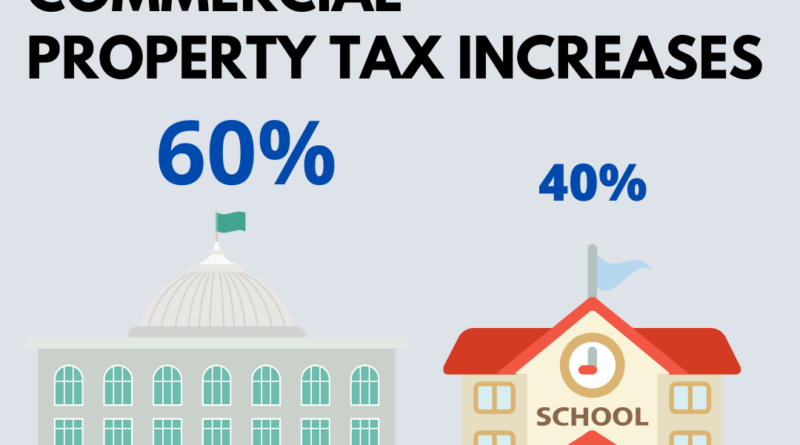 Prop. 15 would increase some commercial property taxes to support schools and local governments.

“California is the fifth largest economy in the world, yet is 39th in per pupil spending,” said Castro Valley Teachers Association President and CVHS teacher Mark Mladinich, who supports the measure.

“The standard ‘triple net’ lease requires the small business to pay the cost of maintenance, insurance and property taxes . . . [Prop. 15] will hit these small business tenants with huge new costs, over and over again,” he added.

Interestingly, property taxes in California today are set by the purchase price with annual increases of two percent, or the rate of inflation, whichever is lower, based on the Prop. 13 tax law passed in 1978. Because of this law, some properties that do not sell for long periods can enjoy low tax rates.

Prop. 15 would change that law for business with property worth $3 million or more in California, which would raise an estimated $8-11 billion per year.

“Long established corporations that have been receiving this break since the 1970s should be happy to support our California public schools and other essential services like health care,” Mladinich said.

Business and property owners oppose Prop. 15 because they claim it will hurt the economy.

If Prop. 15 passed, it would distribute 60 percent of the new funds to state and local governments and 40 percent to funding for education. It would go into effect starting in 2022.

One thought on “Prop. 15: higher taxes for school funding”