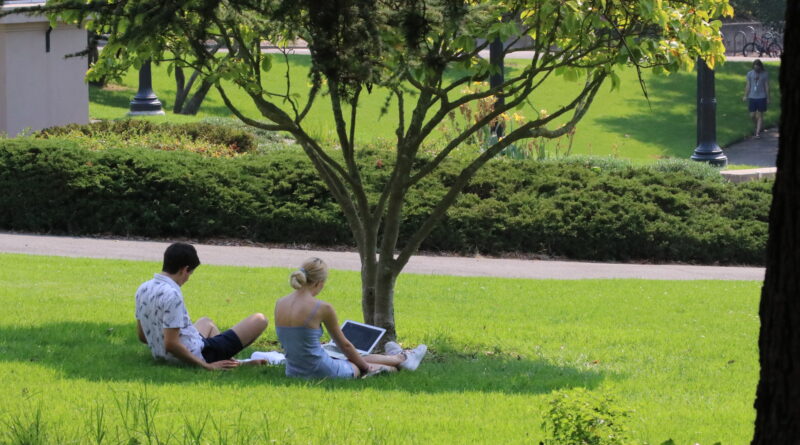 The COVID-19 pandemic has drastically changed several aspects of our lives the past few months, but one of the biggest concerns of high school seniors is how it will affect college admissions this fall. With the first ever online AP tests last spring, to several SAT and ACT test centers being closed around the country, everyone is wondering how colleges will take all of this into account.

Many schools have announced that standardized tests will not be required for the 2021 academic school year, and some have extended beyond to future years as well. The University of California system voted in May to slowly phase out the SAT and ACT over the next four years, and there is talk of the UCs possibly creating their own standardized test.

At the end of August, Superior Court Judge Brad Seligman said UCs have to suspend the use of standardized test scores, saying “The barriers faced by students with disabilities have been greatly exacerbated by the COVID-19 epidemic, which has disrupted test-taking locations, closed schools and limited access to school counselors.”

As for private and out-of-state colleges, most schools will still accept scores if students want to send them, but no longer require them. This is a relief to many seniors, who often found out only a few days or weeks before their test date that their test center was closing.

Senior Jackie Thibault found three of the SAT test centers she planned on going to closed right before the test.

“I’m supposed to do the September [SAT test] but it’ll probably die too,” she joked. “I feel like even though [colleges] say ‘test optional,’ if having a good score still helps, then doesn’t that basically mean not having a score hurts?”

To account for missing test scores, California State Universities have raised the minimum GPA requirement and the Common App has added some optional questions about how the pandemic affected students.

UCs and CSUs have announced that they will still give credit for AP scores as they did in the past. As for regular classroom grades, College and Career Center counselor Allison Zuckerbrow assures students that colleges will be understanding.

“All the schools will know [if a school used letter grades or not] and they’ll look at our students within the context of our school,” explained Zuckerbrow.

In addition to this, some would-be-current college freshmen who graduated in 2020 decided to defer for a year, which also raised concerns for current seniors.

“Most of the UCs are saying that it is a very small number that actually deferred,” said Zuckerbrow. “It will not impact the admissions for fall 2021.” However, it is unclear if this is also true for private and out-of-state schools.

Financial aid from colleges might also change this coming year. Financially, COVID-19 hit some colleges harder than others, which may result in some schools not being able to offer as much as before.

Despite all this, Zuckerbrow wants to remind students: “The admissions officers from the UCs want to make sure students know everyone is going through this. They understand that there were less opportunities for extracurriculars and that everything’s online. They want students to just not stress about it and do what they can.”

Zuckerbrow is always available in the College and Career Center to answer any questions that may come up and will be hosting workshops to help students.