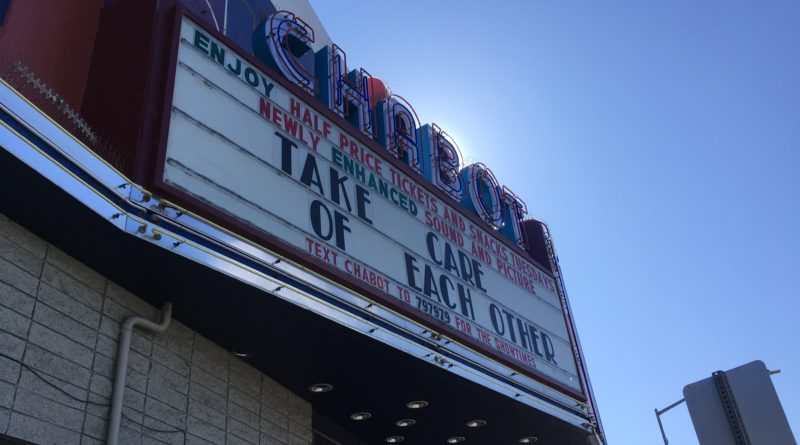 Gov. Gavin Newsom has ordered a statewide shelter-in-place order that is open-ended. On March 16, only six counties (Alameda, Contra Costa, Marin, Santa Clara, San Mateo, and San Francisco) were under shelter-in-place orders until April 7, but the state expanded the order on March 19 after an increase of individuals tested positive for COVID-19, colloquially known as coronavirus.

Amongst the panic that the virus and shelter-in-place have caused, people are attempting to stay calm.

“It’s a scary time for a lot of people, but in order to get past this we just need to stay calm and comfort one another,” said senior Makaela Yoshida.

The shelter-in-place order restricts about 39 million people from leaving their homes except for essential activities or businesses. They are still allowed to go outside for walks, but they are told to keep a social distance of six feet from anyone that they do not live with.

Nonessential gatherings of ten or more people are also restricted, though there has been no statement on how strictly enforced the restrictions will be; violators may be charged with a misdemeanor if 311 is called, but Newsom believes that social pressure will be sufficient in stopping people from going out. Domestic travel has not been restricted yet, but it is still under consideration in the White House.

“We can beat this pandemic, but only if we work together to keep our health care system up and operational,” English teacher Clare LePell commented. “This is not the time for selfishness or carelessness.”

In addition to the shelter-in-place orders, Newsom has also expanded the state’s response to the virus to increase health care capacities. He plans to invest $42 million in emergency funding to help hospitals prepare for a new wave of patients.

While the shelter-in-place is expected to last until at least April 7, if the spread of the virus becomes much more severe, the date could be extended, possibly into the summer.

“Our goal is simple, we want to bend the curve and disrupt the spread of the virus,” said Newsom.

As of March 23, there have been 39 deaths and 2,160 positive cases of the virus in California. Tens of thousands more have been tested and are waiting for their results.

Some people agree that the decision to order a shelter-in-place will help prevent the spread of the virus.

“It seems reasonable to require people to stay at home and avoid social contact in order to flatten the curve of infection,” said history teacher Kevin Batchelor.

Others are skeptical over how useful the order will be in achieving its goals.

“The shelter in place isn’t working as effectively as it should because there are tons of people trying to panic buy everything at the grocery store,” said junior Amy McGowan.

As the spread of the virus grows increasingly more severe, more states are beginning to order shelter-in-place for residents. Now, it is up to them to decide how strictly they would like to follow these orders.

“I only wish as I looked around my neighborhood that I didn’t see a bunch of teenagers hanging around with each other,” said Batchelor. “Similarly, I wish my teenage neighbor’s girlfriend wasn’t coming over for makeout sessions in the car.  It isn’t me that they will kill — it’s their grandparents and parents.”