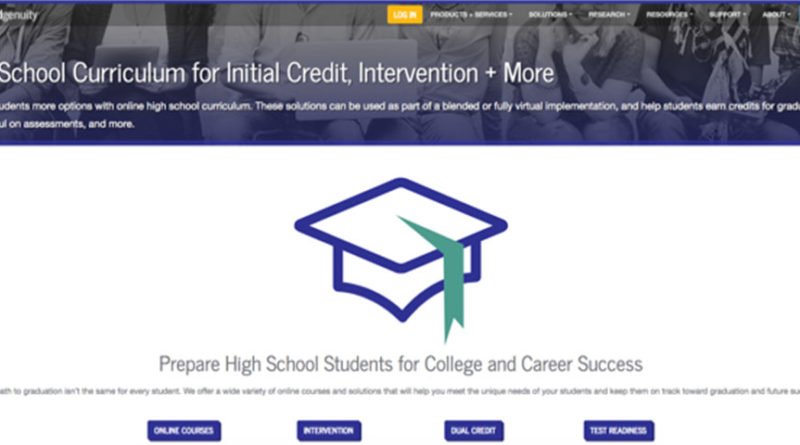 Online learning has come to Castro Valley. CVHS has started using Edgenuity as an online program on which students can retake classes for credits during the summer.

Instead of the traditional classroom, students take their tests at CVHS and then go online at home to learn the lessons and do their homework on Edgenuity.

“Edgenuity is a better system than traditional summer school,” said Arthur Wahner, a teacher at CVHS who teaches summer school and uses Edgenuity with his students.

Wahner said Edgenuity is very easy to use. There is a video tutorial at the beginning of the program that thoroughly explains how to use it.

Students can normally complete one to two semesters of a class using Edgenuity during the summer. Edgenuity helps kids learn more than traditional summer school.

“Students that passed their Edgenuity summer courses did better in their classes the next school year compared to traditional summer school,” added Wahner.

Reactions from students about Edgenuity is mixed. Some students like the program, some don’t.

“It’s a mixed bag, but there are always going to be kids that don’t like any sort of system,” said Wahner.

Wahner explained that students who don’t like Edgenuity complain it is boring to be on a computer so much. Others say that it is annoying that Edgenuity explains every problem the same way. However, this problem is combated by having teachers at school who can explain a problem or concept in a different way.

Students that do not have access to computers or WiFi can use computers at the local library.