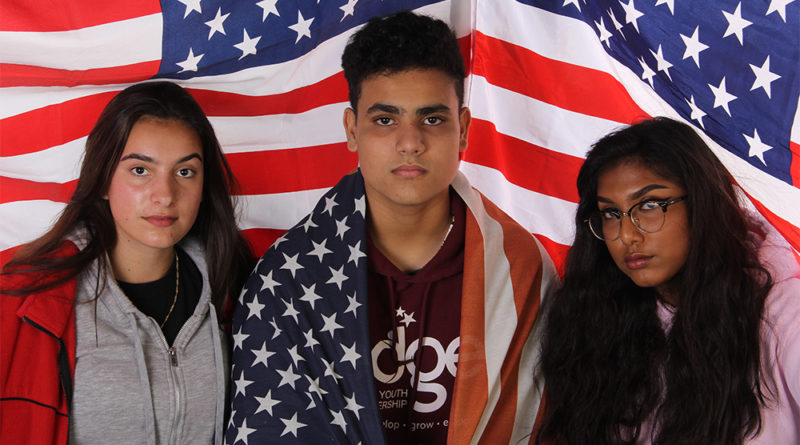 “We’re the only country in the world where a person comes in and has a baby, and the baby is essentially a citizen of the United States, with all of those benefits,” Trump said. “It’s ridiculous. And it has to end.”

Ending birthright citizenship by presidential order could violate the 14th Amendment, legal experts say. It would also affect hundreds of students and families in the Castro Valley community.

“By taking away natural birth citizenship, that kind of fails America’s mission statement of being a melting pot,” said junior Addie Bukhari.

Bukhari is a first generation American as her family originates from Sri Lanka. If Trump takes away birthright citizenship, it will be a lot harder for first generation children, like her, to become citizens in the future. She argues that enacting this executive order would undermine America’s legacy of being a country that embraces diversity.

“What truly determines your citizenship? Your skin color? Your roots? What makes you a citizen?” Bukhari continued.

“I think that birthright citizenship is a crucial part of the Constitution,” said junior Darsh Grewal.

Trump often criticizes immigrants, especially undocumented ones. In October, he called the caravan from the Central America “an invasion” and “just a group of criminals with Middle Easterners mixed in.”

During the midterm election campaign, he posted on his Twitter account that the Democratic Party is allowing undocumented immigrants like Luis Bracamontes to get into the U.S. and stay. He also tweeted about birthright citizenship, which “costs our country billions of dollars and is very unfair to our citizens,” he claimed.

“It’s in the Constitution that we have birthright citizenship and Trump thinks he can get rid of it by executive order, which he can’t,” said sophomore Ines Fehimović.

Fehimović, along with her brother, are first generation U.S. citizens. Their parents are from Serbia and Bosnia. Fehimović disagrees with Trump’s attempt to end something in the Constitution. She thinks that Trump should not be posting on Twitter about his executive order. If he wanted to go through with the order, he should be informing Congress, not his Twitter followers, she said.

“He can’t do it because he doesn’t have the power to…I think ultimately he just wants attention…There’s no clear motive behind it and it’s a fear tactic,” says Bukhari.