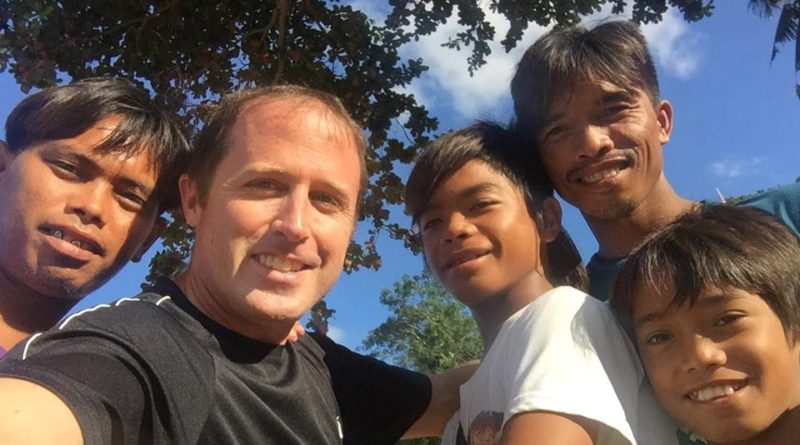 Children all over the United States wake up in the morning with a loud groan and cry of resentment, because they need to get ready for something they wish they didn’t have to attend: school.

Unfortunately, not all children are fortunate enough to have access to free education. Dan Johanson, a CVHS graduate with the class of 1993, was heartbroken by the poverty and lack of opportunities available for the children during 10 years he spent living in the Philippines as a missionary.

“There were sea-dwelling people living in abject poverty and would hence find it impossible to break the cycle of poverty, so when I saw what was happening among those sea-dwellers, we decided to start an effort to address those pressing needs,” said Johanson.

In 2009, Johanson took matters into his own hands and founded Badjao Bridge. Badjao, meaning man of the seas, is an ethnic group in the southern Philippines with an unique culture and relationship to the sea.

“I came back with photos and stories of these people that broke my heart, and knew would make an impact and touch the hearts of people here in the US,” Johanson said.

Johanson’s cause received an immediate response and was presented with a seed donation of $20,000 that allowed his team to being their efforts to build the organization and continue to help it grow today.

Since it was founded, Badjao Bridge has been able to successfully fund two students through college and enroll more than 150 students in school. The non-profit organization began when the two now college graduates became the first in their communities to graduate high school, and now it has helped them reach an even greater milestone by graduating college.

Children will be able to begin their education early with the newly opened pre-school, and teenagers who have never been able to attend school before are still able to become literate. Badjao Bridge opened an alternative learning center that teaches kids that are unable to begin the entire process of school basic concepts such as arithmetic.

Recently, Johanson and three others have set out to raise $19,341 for Badjao Bridge through donations for their climb of Mount Kilimanjaro, the highest mountain in Africa with an elevation of 19,341 feet. All climbers are paying for their own expenses on the trip allowing all donations to go towards Badjao Bridge.

The new donations will have an immediate impact on the sea-dwelling children as more students can be taken off the waitlist and be enrolled in school. The funds will provide school supplies, school uniforms, and daily lunches for all students.

Johanson admitted that the amount of training he has put into the climb recently was “probably not enough,” but he currently has a plan to run 20 miles a week until his departure on July 17. In the past, he has climbed different parts of the world including California, Nepal, and New Zealand with his brother and CVHS history teacher Matt Johanson, who will join him on the Mt. Kilimanjaro climb.

“I’m immensely proud of what Dan has done for the Badjao and happy to help any way I can,” Matt Johanson said.

The week-long climb is planned out with daily itineraries and includes a summit day with a total of up to 16 hours of climbing.

“This will be a trip that we anticipate will be a big challenge yet is something we think we can climb,” Dan Johanson said.

To contribute to their fundraiser, visit https://www.grouprev.com/badjao.