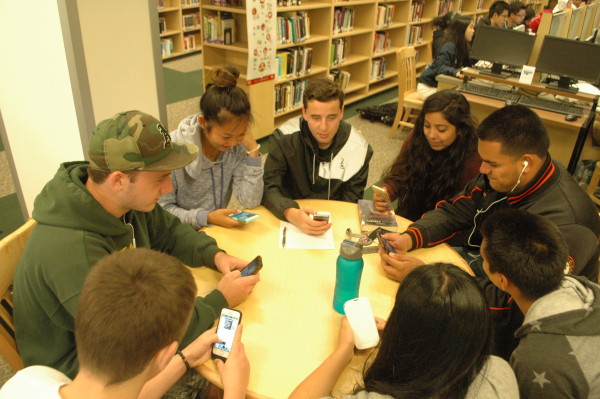 Since Thursday May 21, juniors at CVHS had their chance to endure the eight and a half hour long process of the Smarter Balance Assessment Consortium(SBAC). The last two weeks of May were also filled with unusual schedules and classes.

“Since only 11th graders are tested, rather than multiple grades on previous standardized tests, we are better off, overall,” said Assistant Principal Jesse Hansen.

The SBAC is the new standardized test that incorporates Common Core. All aspects of this exam will be performed online and the use of all media labs and chrome carts will be required in order to accommodate all of the testing students. All 14 chrome carts at CVHS along with 11 Chromebook carts from other schools within the district will be utilized.

Students of other grade levels were also required to be present on campus, despite not being tested. During the duration of the test, students that were not testing spent time with one of their classes doing enrichment activities that the school typically does not have time to offer. However, most classes used that time to watch movies or the improv show.

Junior Jenny Mo had teachers briefly explain to her how she will be affected by the assessment and was given a few resources to practice for it.

“My math teacher, Mr. Mitchell, assigned a homework assignment over spring break where we went online and did a practice SBAC test. He is the only teacher that has prepped me in any way,” Mo said.

There were also many juniors who knew very little about the test, besides when teachers mentioned that the SBAC would be taking place.

One of those juniors, Tyler Quan, can still see faults with its administration.

“I’ve only heard that it was going to be a new test that will be on the computer. We’re going to be hogging a lot of time and space to be tested, and that’s going to be a problem,” Quan said.

Details about the testing schedule and content remained unclear until the day testing started.

Juniors, however, did not seem too worried. “I think most students aren’t as worried or hammered since compared to the AP tests, this is pretty all right,” Mo continued.

But after many challenging tests in the previous weeks, at least 200 juniors opted out of taking the exam or did not show up for it. That’s about 30 percent of the junior class, meaning that CVHS will not reach 95 percent test participation that the state requires. The consequence is unknown.

“The SBAC test had an excessive amount of reading and was honestly not a test that you could’ve been prepared for. Most of the exam was simple, but it just required a lot of reading comprehension,” stated junior Matthew Co.