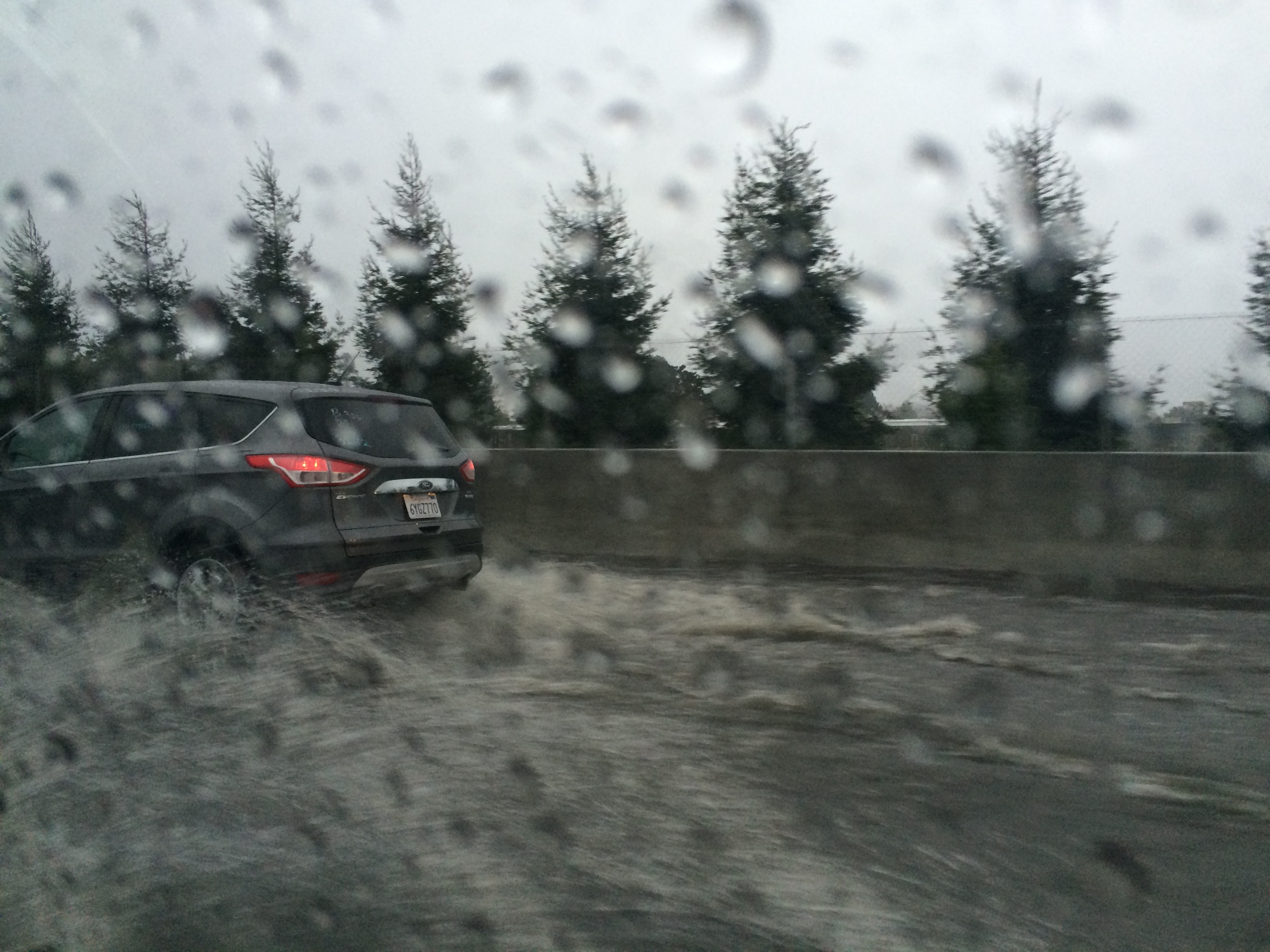 CVHS students enjoyed a day off from school while a storm raged on outside on Thursday, Dec. 11, though some say the weather wasn’t as severe as predicted. Several Bay Area school districts had called off school due to safety concerns for the students.

“Given the predicted severity of the storm, we did not want to expose you to any unnecessary dangers. We value all of our students, parents and staff, and wanted everyone to be safe,” said Superintendent Jim Negri.

Fortunately, the storm did not hit Castro Valley hard, though there was substantial flooding in some corridors and major leaks in the 800 wing and main gym, according to Principal Blaine Torpey. Custodians Kenny Wong and Brad Fruzetti worked through the storm to clear drains and gutters and responded to leaks and floods.

“One of the benefits of having no school was that the custodial and maintenance teams were able to work unhindered,” said Torpey.

Although skies were gray, things looked bright for some students.

“I’m so happy I had an extra day to study for my English test,” said sophomore Sydney Mosley.

Other students, however, didn’t see the need for the day off.

“This wasn’t a big storm compared to what I’ve seen in Florida, and I think it was ridiculous how we got the day off just because of the rain. In Florida, we still had to go to school when it was pouring rain and lightning and thunder,” said junior Anais Cruz.

Sophomore Alexis O’Gouman agreed. “We should have Friday off, too, even though it wasn’t that bad of a storm. It doesn’t make sense to go back to school for one day,” she said.

There were 1,990 power outages reported in the East Bay, and 15,170 in the Bay Area on Dec. 11. The National Weather Service sent out an emergency alert warning local residents to watch out for flash floods and flood areas.

In Oakland and San Francisco, it rained approximately 3.12 inches and 3.46 inches, respectively. Unfortunately, the much needed rain did not solve California’s severe drought problem, though it has helped. According to the state Department of Water Resources, 166 billion gallons from this storm are projected to end up in California’s two largest reservoirs, Shasta Lake and Lake Oroville.

Oakland has been short 24 inches of rain for the past three years and San Francisco 19 inches. There will need to be at least six more storm systems like this one to fill up California’s reservoirs.

CVHS cancelled or postponed all athletic events and a music concert.