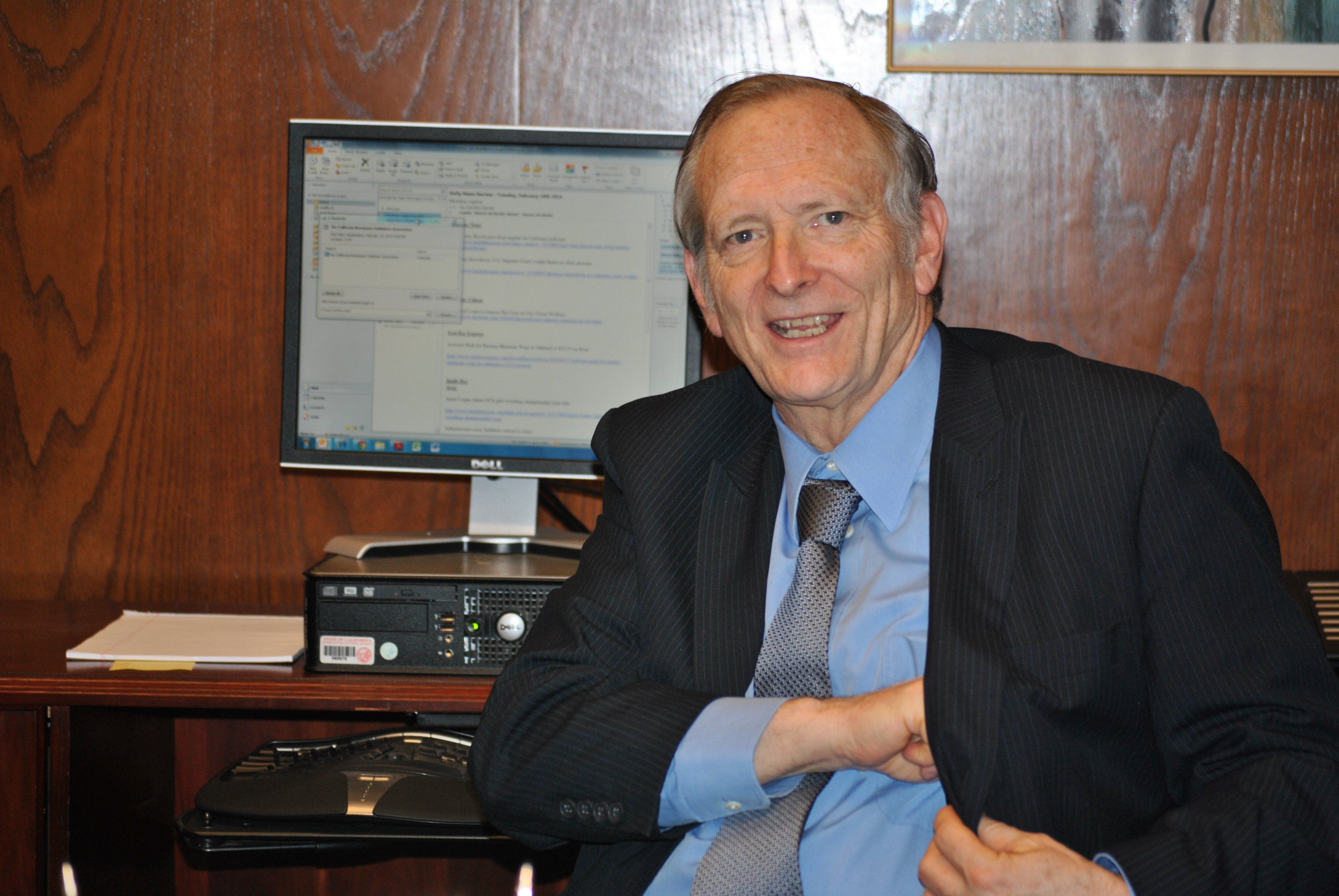 During its trip to Sacramento on Feb. 19, The Olympian had the opportunity to meet with Assemblyman Bill Quirk and discuss his past year in office as well as his current work and plans for the future.

Quirk, who represents Castro Valley and Hayward, has been learning how to be an assemblyman, following the examples of his colleagues such as Joan Buchanan and Henry Perea. He considers Nancy Skinner his mentor.

“These are people who know how to bring bills to the floor where they’ve talked to all the people involved and made the appropriate compromises,” Quirk said. “There are other people who shall remain nameless who think seem to throw things up against a wall and see what sticks. I do not like that type of legislation.”

Quirk learned that it was important to write bills that did not use a large amount of money. One bill in particular, AB284 Road to 2050, had trouble being passed due to the large expenses involved. Luckily, it eventually did pass.

Road to 2050 is a bill that tries to reduce greenhouse gas emissions. Instead of creating a separate board to set smaller goals to reach the ultimate result of reducing 80 percent of greenhouse gas production, it gives this responsibility to the Air Resources Board, to currently already do this but previously only had enough authority to do so up to the year 2020.

“We (in California) can stop our greenhouse gases altogether and it’ll make very little difference. What we’ve got to do is bring the rest of the world along with us,” explained Quirk.