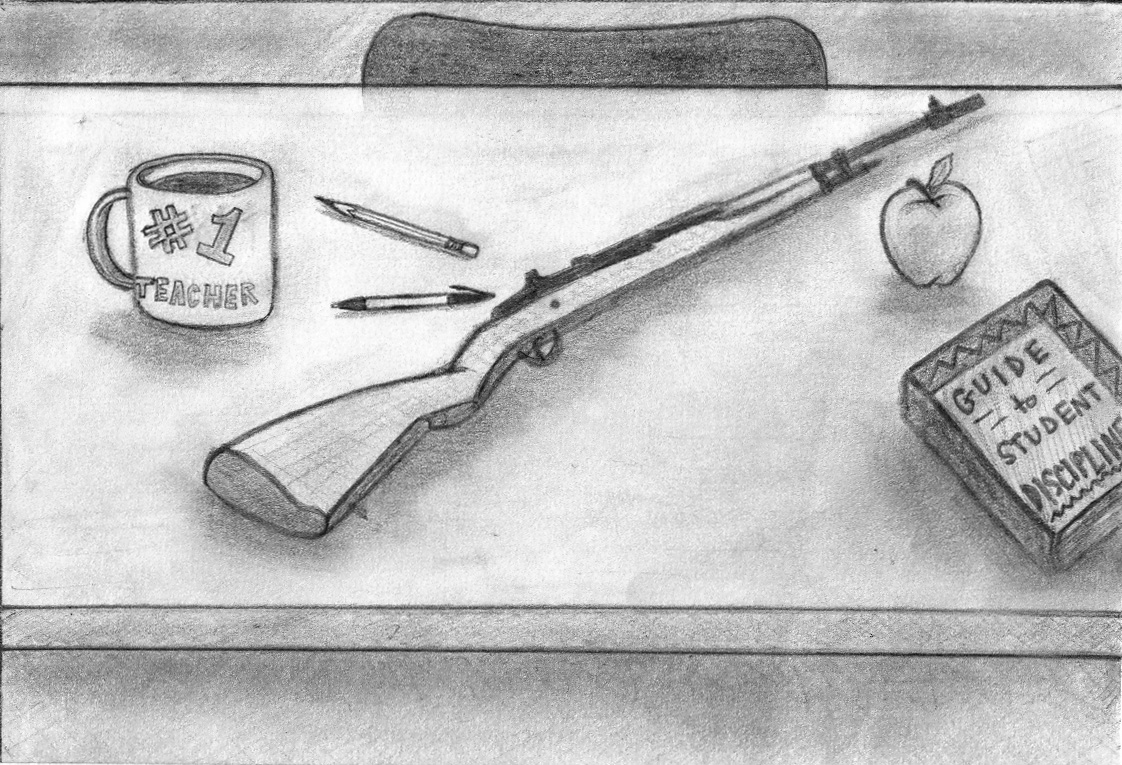 California Assemblyman Tim Donnelly put forward a bill in January that would allow for any trained school staff member to be armed. The bill is controversial. Should there be armed school personnel on campus? Does CVHS need armed personnel when it has a School Resource Officer?

“Would you feel safe if nonqualified school administrators and staff have weapons when that responsibility is supposed to be in the hands of well qualified officers?” said Chamberlain Nelson, a student at Chabot College.

The Gun-Free School Zone Act of 1995 is a federal law prohibiting the public from carrying guns in school zones.

The proposed bill would allow each school board to establish a security department or a school police force that would provide training and arm school personnel using its general funds.

Armed personnel are meant to deter student-created violence and increase campus security in the case of an emergency; however, the identities of the armed personnel would be undisclosed according to the bill.

The California Teachers Association opposed the bill. It suggested that funds instead be increased for counselors and health services for students.

“Putting a gun into the hand of every teacher in America will only only keep safe the profits of gun manufacturers and neighborhood emergency rooms,” said John Green, president of the Castro Valley Teachers’ Association. “The tragic shooting of two police officers in Santa Cruz in last month shows that even weapons, body armor and training won’t make a person safe from gun violence in this country so long as guns persist as being a part of our national culture.”

Students also had strong opinions about armed personnel on campus.

“I think it’s a good idea as long as they are trained professionals that know what they’re doing,” said senior Daniel Iong on the topic.

Senior Grant Lin opposed the bill and noted that armed personnel do not address the underlying causes of student violence.

“While having an armed police marshal on every campus seems a reasonable response to school shootings, after careful inspection, there are numerous hidden costs which are counterproductive to limiting the number of children injured and killed at school,” Lin said. “The threat of police violence will not deter students from committing school shootings – if anything, the knowledge of police will drive them to take more drastic actions, to take more careful planning to ensure their success.”

Junior Erika Pendleton worried about how the personnel might use the gun at a school. “Even qualified officers can have something that sets them off, and it’s unsettling thinking that a kid is in the same environment with a gun,” she said.

Administrators of schools are challenged to address student violence and ensure the safety of their students.

However, Nelson said that schools are not meant to be a place that promotes guns.

“School is not supposed to be a place that promotes weapons, but an institution that develops the integrity of one’s mind and the learning for one’s future. Additional weapons on school campuses will not promote a safe environment, but will potentially promote additional violence,” he said.