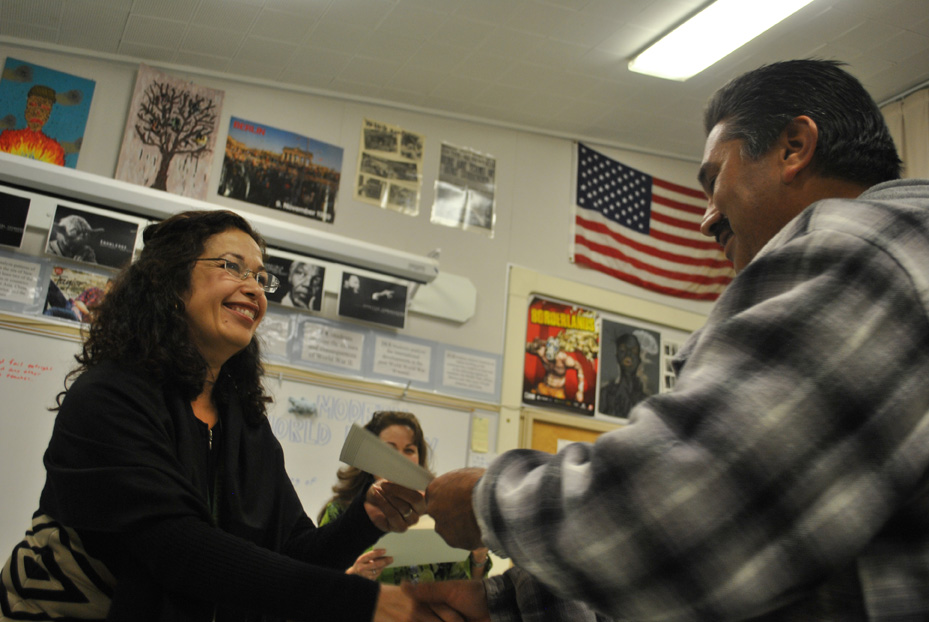 Every Thursday for eight weeks, 44 CVHS parents, separated into groups of Spanish speaking and English speaking sections, worked hard to educate themselves on the steps needed to be taken to prepare their kids for college.

The program called “I Am Here and I Am Ready For College,” offered through the organization “High Expectations,” successfully gave parents crucial information about college that they were once did not know.

It seemed as though everyone benefited. While several parents claimed they had no idea that so many steps were required for the path towards higher education, parents who were already familiar with the requirements and steps were thankful for the opportunity to refresh their memory. By educating themselves, each parent and guardian made sure that their kids would be able take advantage of every opportunity available to them.

CVHS Principal Mary Ann Valles was the one who pushed the program and got the parents involved. She was so thankful for everyone’s support and was so proud to watch the parents “graduate.”

The “graduation” was held to honor the guardians who finished the program and every person was given a certificate for passing the program. The families of the “graduates” watched as parents gave speeches to their children and naturally, many tears were shed at statements of how proud the parents were of their kids.

Valles hopes that the program will continue with a new group of parents as well. She encourages parents who have college related inquiries to get “college bound” and has hopes for the future for the kids whose parents were involved.