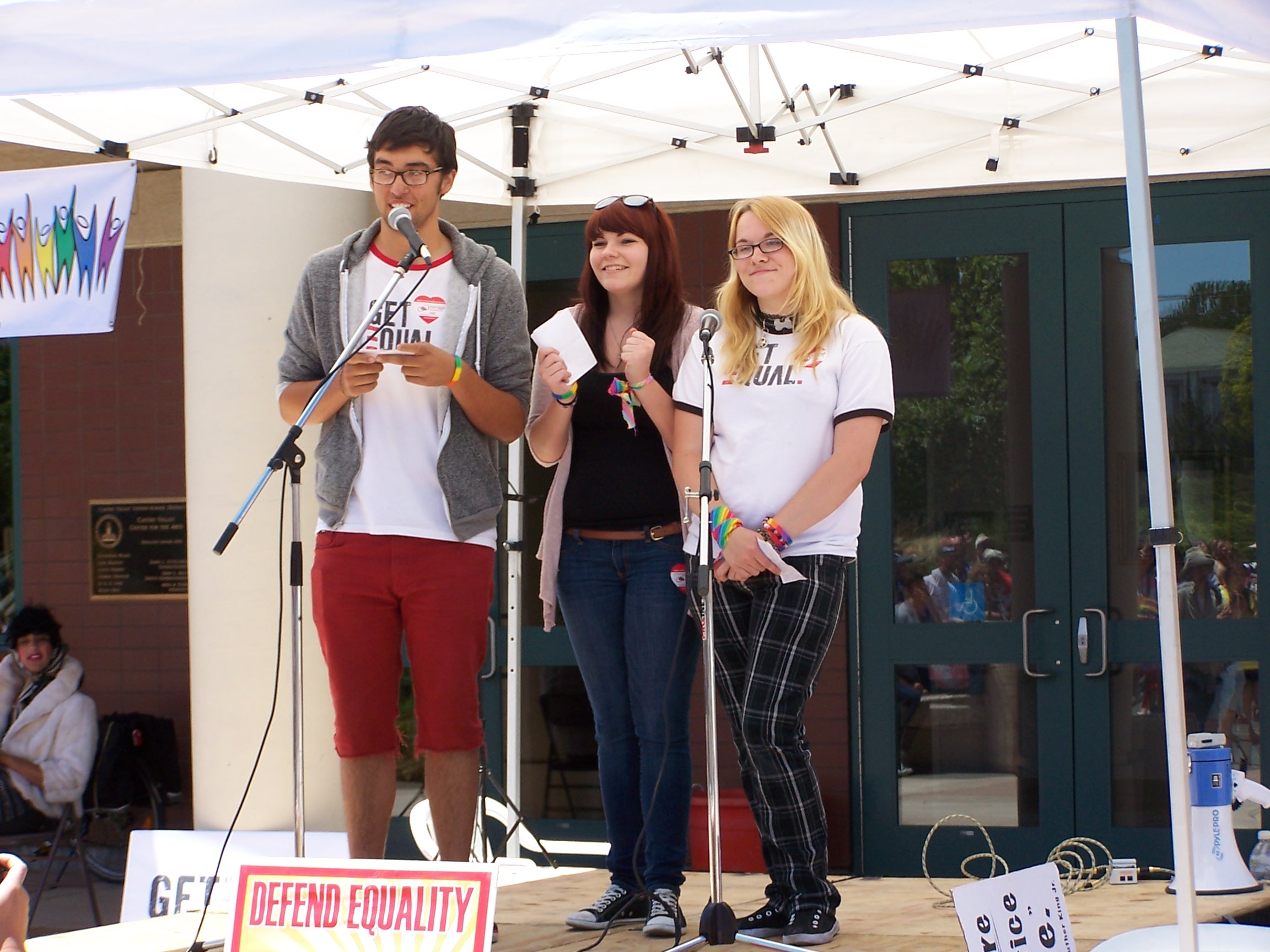 Castro Valley hosted its first annual gay pride rally in the CVHS senior parking lot on July 23.  High school students Frankie Canto, Johnna Murch, and Holly Zeitz, along with local resident Billy Bradford, organized the event to show that Castro Valley is, as Bradford said, “a diverse and equality-minded community that truly welcomes and embraces everyone.”

Originally planned as a parade, the event attracted so many people that it was converted into a rally. It started off with speeches by Bradford and the three high school students.

“We’re finally making an impact, and what better place to start than our own hometown?” said Zeitz.
A variety of booths were present, allowing the approximately 350 rally-goers to write down their definitions of “diversity” or to buy rainbow necklaces in support of the cause.

“I was shocked by how many LGBT people actually live here,” said Canto. “A lot of them came up and thanked me. It was a very moving experience.”

However, not everyone in attendance was supportive of gay rights. Several protestors stood on the sidewalk holding large signs with slogans such as “hatred of parents [is] the cause of homosexuality” and “’GAY’ = PERVERT.”

“We’re protesting the shattering of morality in this nation, and [how] it’s taught in our schools that sodomy and homosexuality is okay,” said protester Don Grundmann.

For the most part, though, supporters of the rally were unbothered by the presence of protestors like Grundmann.

“I never let them get to me,” commented Canto. “They are always to be expected at every LGBTQ function. I actually think it’s great that they are allowed to be there, using their freedom of speech, even if what they are saying is close enough to be considered hate speech.”

Despite the protestors, supporters of the rally still hope that equality will be achieved.

“This event is changing the face of Castro Valley for the better,” said CVHS senior Zach Peterson.

“Prop. 8 is going to fail,” proclaimed Bradford about California’s gay marriage ban. “I guarantee it.”