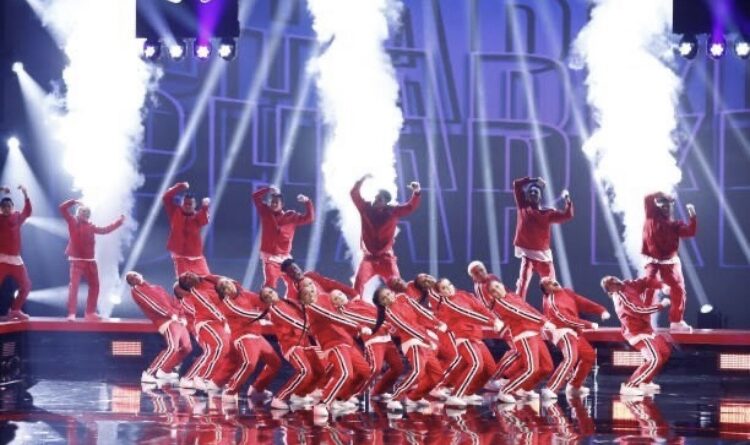 Grace and Jaden Otani, two CVHS students, performed on “America’s Got Talent” (AGT) with their team Chapkidz Dance. They made it to the second round of the semifinals, which aired on Sept. 7.

“Watching back the videos of our performances, I am so proud of myself and my teammates,” said Grace, a junior. “Dancing at the Dolby Theater on AGT was like a dream. All of our hard work and practicing day and night really paid off.”

The group’s fiery Spanish-themed acts consisted of hip-hop choreography set to high-energy music. They received approval from all of the AGT judges, including Simon Cowell, who praised them highly for their initial audition and for all of their performances since. Their audition broadcasted on Aug. 24 now has over 997,000 views on YouTube.

“The best part of the show was getting a standing ovation from all four judges and hearing all of their positive feedback,” recalled Grace.

Experiencing the behind-the-scenes of AGT was fascinating for Jaden, a freshman. “Hours of filming goes into a five-minute segment,” he said. “It was fun to film at different locations and dance on cool sets.”

In order to prepare for their performances, Grace and Jaden had to put in hours upon hours of work every week, and sometimes they weren’t entirely supported by the people around them.

“Being a male dancer isn’t always the easiest,” said Jaden. “Some people don’t consider it a real sport.”

The 35 performers’ ages range from 12 to 18, and they are aptly named Chapkidz after their dance studio, Chapkis, located in Fairfield. The studio was created by world-renowned dancer and choreographer Greg Chapkis when he decided to direct some of his talents into creating his own dance stars.

“Dancing with the Chapkis Dance family has been a huge honor,” Grace said. “I have made friendships that will last a lifetime.”