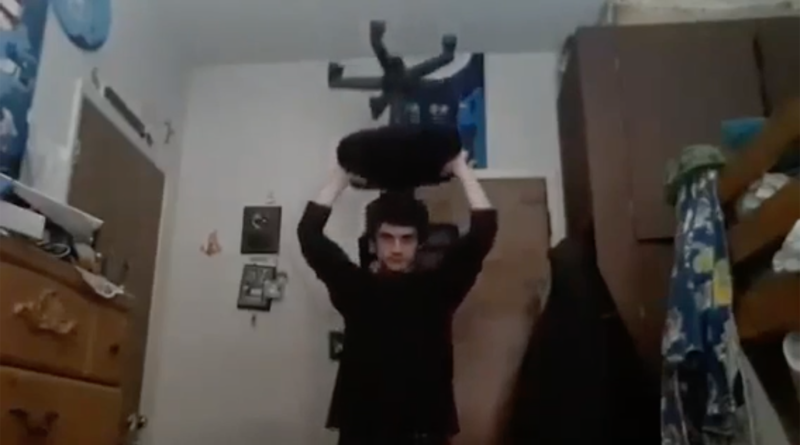 CVHS’s sketch comedy writing club which is better known as the “THE SUPER MEGA HAPPY ULTRA MAGIC FRIENDTASTIC SUPER DUPER COOL AND AWESOME EPIC FILM SCHOOL CLUB AND THE BATTLE OF GOOD AND EVIL!!!!!!!!!!!” strives to teach its club members how to write and film comedy sketches.

The club was created in September by students who noticed that there weren’t any comedy-based writing clubs at school.

“I mean, Creative Writing Club, yeah, you could throw in a joke or two [when writing]. Improv Club is full of funny people… But there wasn’t a club specifically dedicated to comedy writing and comedy filming,” club President Antonio Cervantes said.

The club’s recent curriculum has included presenting different types of comedy and getting club members to film themselves performing an example of that type of comedy, having club members make funny one-liners based off of a provided set-up, and for the Halloween meeting, writing two-sentence comedy-horror stories.

Among the club members, whether or not their comedic abilities have improved since joining the club has gotten a mixed bag of answers, but still all of them can agree that it’s at least a fun time.

“The club makes me laugh and…It’s a good time…There are nice people in the club that I like talking to,” said junior Luca Dito.

Club advisor Alex Petropoulakis agreed, comparing listening to meetings to a podcast. “They have a great way of communicating with each other that I see the artistic process…They’re very funny and personal,” he said.

Cervantes believes that the club’s comedic diversity makes up for where the club lacks in other types of diversity. “I had them all take a survey on what type of comedy they like best and it was a…six-way split down the middle, so that just proves how open-minded we are and just how diverse we are in terms of what we find funny,” he said.

Despite Cervantes’s claims, he nevertheless agrees that close to all of the jokes that the club comes up with are incredibly juvenile. The two sentence comedy-horror stories were a good example of that.

“I cancelled a dinner plan. He liked Family Guy.”

“I loved fishing with my grandpa. Something about the mammal blood got the sharks coming in droves.”

“I meet a cute guy. He listens to weezer.”

Cervantes plans on continuing to teach the club members about writing and then switch over to filming for the second semester. He doesn’t know how well everything will turn out, but his confidence in everyone trying their best is apparent.

“Everyone is doing their best and, by god, are they doing a bang-up job of it. Everybody is funny, [and] you can’t say that one person is the funniest. That being said, I’m the funniest,” Cervantes said.

One thought on “Club brings comedy to CVHS”