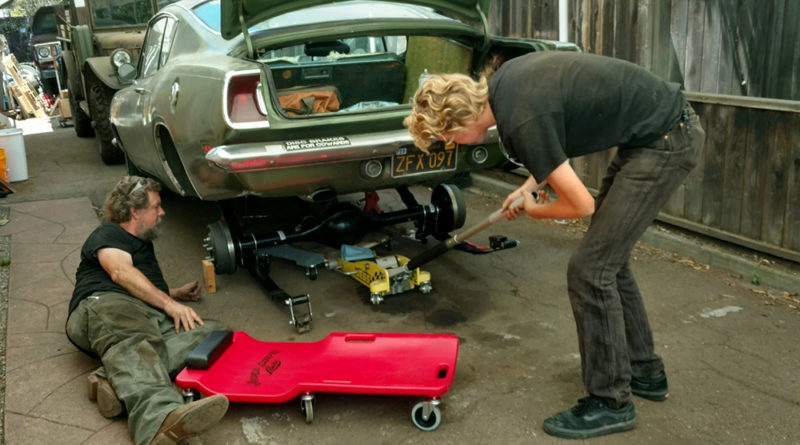 While most teens are stuck driving their parents’ hand-me down grocery getter, clueless about anything car related, one student is unlike the rest. Senior Konrad Raab is currently completing a full restoration of his 1969 Plymouth Barracuda.

“I’ve quite literally changed every mechanical part on the car other than the engine and I’ve got a new one that should be going in soon,” Raab said.

When asked what drives this passion and his love for cars, Raab is quick to explain.

“As for why I love cars, I think they are something really special in that a simple machine becomes an extension of ourselves,” he said. “They are something that becomes so dear to us that we name them, we customize them, we take care of them and fix them long after they should have been thrown away, and we make them a part of our daily lives. I love cars because so often they become as unique and hold as much personality as the person who drives them.”

Years ago, it seemed that one would have to go to school to learn how to work on cars and other vehicles, but Raab said he learned to work on cars while growing up. His education came from helping his father fix various vehicles at home, looking up what needed to be done in old shop manuals and using the magic of the internet for additional assistance.

In addition, Raab took Auto classes at CVHS where his teacher Darren Rees confirmed that Rabb’s “every thought is about cars.”

After high school, Raab hopes to continue working on cars, but has ambitions to steer a much larger larger vehicle, one capable of going much faster than a car.

“In the future I plan to be a pilot. Access to the airstrip is fun for someone with a vehicle of great speed, so you can put two and two together on that one. Other than that, I don’t see my car going anywhere too soon and I will hopefully have a few more fun cars to drive and maintain,” said Raab.