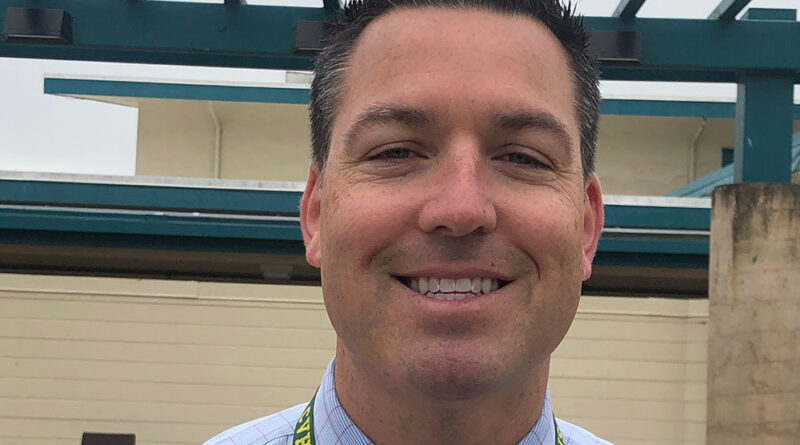 After 20 years at CVHS as a student, coach, teacher and assistant principal, Nic McMaster announced he will leave after this school year. He will move to the Castro Valley Unified School District office, where he will act as director of student services. Luckily, he won’t be going too far.

“I have a number of really good memories from high school but walking the stage on graduation day and feeling the accomplishment of four years of working paying off for you and your classmates can’t be beat,” said McMaster.

Being a student here at CVHS gave McMaster another opportunity to fully understand what the students experience, which is part of what made him such a great assistant principal.

McMaster also served as a football coach and math teacher.
“Having not been the strongest math student, I wanted to make sure I taught the concepts as many ways as I could think of,” he said.

McMaster took the time to understand that not all students learn the same way and tried his best to build his teaching around the students, another important aspect of why he was such a great teacher.

“There have been a number of challenges over the years that we have always found a way to overcome. That is part of what make CVHS so special, the bad times never last,” he said.

As an assistant principal, he has faced many challenges at CVHS, but he always finds a way to fight through and overcome them. “I have learned so much from everyone here and always been impressed with how much effort and sacrifice people make for the service of others,” he said.