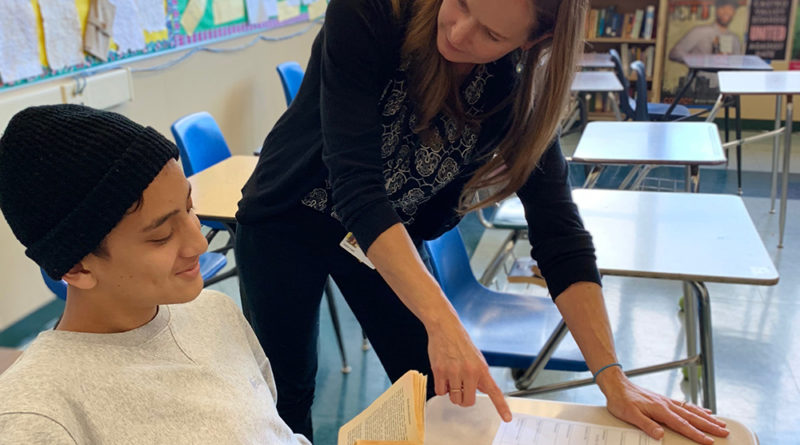 Wisconsin-born Elisa Frozena was thrilled to move to California because it introduced her to the world of mountains and the sports of backpacking and rock climbing, as there are barely any mountains where she grew up. Frozena does sport climbing and traditional climbing. She has backpacked in the High Sierra and hiked parts of the John Muir Trail. Frozena’s favorite backpacking partner is her sister. This past summer, Frozena and her sister hiked 90 miles in eight days and eight to 15 miles a day.

Frozena instantly fell in love with the culture and community. When she climbed Mount Whitney, the highest mountain in California, she was in awe as she could see everything from such a high mountain and it’s definitely a completely different experience. The trails were tiny in width, so it was also very dangerous. Sides of the trails were very exposed and extremely steep. One time she woke up at 3 a.m. to start backpacking and it was still very dark. She claims that she was still able to see the beautiful stars in the sky.

“Once we were so close to the lightning,” Frozena recalled. “Hail started pouring down on us, very big pieces of hail. Everyone started taking shelter under rocks and some people were screaming and running down the mountain.”

One of her friends was suffering through high altitude sickness. She describes her friend’s face as being extremely swelled up and because of that they decided to take a day’s break.

Frozena hopes to one day include her two young children in her hiking journeys as well, so that they can get a taste of what it’s like to be in the open mountains and enjoy the beautiful views.

Apart from being an outdoor enthusiast, Frozena has been an English teacher for 15 years at CVHS and 17 years in total. She studied at the University of Minnesota and earned her bachelor’s degree in English and French. She has also studied abroad in France for a semester and describes it as “one of the most enriching experiences in her life.” At San Francisco State University, she achieved her master’s degree in composition.

“Mrs. Fro is the coolest and most fun teacher. She is aware of the needs of all her students and makes sure she teaches in a way in which all of her students learn best.” says sophomore Shane Tayag, a student in Frozena’s Advanced Sophomore English class.

Another student of Frozena’s, sophomore Sophia Siopack says, “Mrs. Fro is one of the greatest English teachers I have ever had! She is very sweet, open minded and intelligent. I look forward to her class everyday and I know that I will always learn something new from her every day.”

Frozena is very much loved by all her students as she is always excited about her job and meeting her students every day.