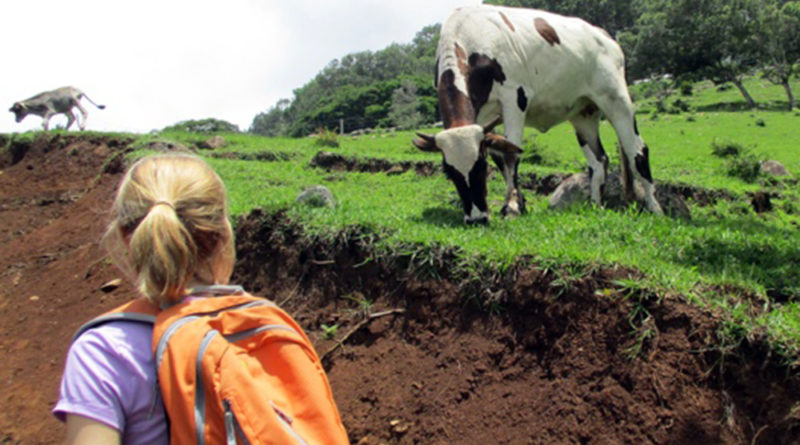 Since freshman year I have wanted to travel abroad with Global Glimpse, an organization that works with our school to send students to developing countries and volunteer there. My older sister went to the Dominican Republic on her trip, and I hoped to gain a similar experience on mine.

Over the summer I traveled with Global Glimpse to Esteli, Nicaragua with people whom I had never met before. I was so excited and had such high expectations for the friendships I would make and experiences I would gain.

My group consisted of students mainly from Dougherty Valley High School. Others came from around the Bay Area and San Francisco. We would live together in a hostel for the next two weeks. Every day held a new theme and was packed with lectures, activities, and field trips for us to gain a greater understanding of what being a global citizen is. From the people to the food, Nicaragua became our new home very quickly.

Certain days had more impactful messages than others. I truly learned the privilege I have living in the U.S. after seeing whole families depending on the local dump for their survival. I lived with a family for a day who had only each other and a small mud house. It was in these situations where I fell apart and questioned what sort of world we live in. I thought that if only others could see what I am seeing, we would all live in a better place.  I don’t think everyone was impacted the same way I was, but we all learned something that made us see things a little differently.

While on a hike in Somoto Canyon, the river that ran through was extremely high due to rainfall. My group (accompanied by two firefighters and two guides) trekked through the canyon, swimming against the current as it pushed us against rocks. Towards the end we came to a cliff approximately 25 feet high and had to jump off it in order to finish our hike. Due to the unexpected amount of water, there was no other way for us to get back. Personally, I was absolutely terrified looking down into the muddy water below me. I jumped in without plugging my nose and the first thing I said as I emerged was that I had drank the water. We had known from before we even arrived that drinking any unpurified water would make us ill. Either way we had all gotten some into our body and it wasn’t seen as a big deal.

However for me that was not the case. Two days after our adventure at the canyon I began to feel extremely sick. This led to a quick downfall and soon I was unable to take part in activities and could barely leave my bed. The leaders encouraged me to participate, drink, and eat, and I tried so hard to, but I had never felt so sick in my life. I didn’t eat for 5 days and lost all motivation by the end of the trip. Eventually I was taken to the hospital in Esteli where I was told I just had gas in my stomach and there was no infection.

Once I got back home, my mom took me straight to the emergency room, where after many blood tests and IVs, I was told I did have a severe intestinal infection. The last thing I wanted was this illness to be the main focus of my trip. But it wasn’t.

It was an unfortunate ending, but it was not the definition of what happened to me in Nicaragua. I learned so much and looking back, had an experience of a lifetime. By the end of the summer I had recovered completely. Now I have hilarious stories to tell my friends about my roommates giving me piggy back rides back to our hostel.

I believe that going into things with high expectations can sometimes turn out differently than what you hoped. But, the unexpected moments that come along can take you on some unforgettable adventures.