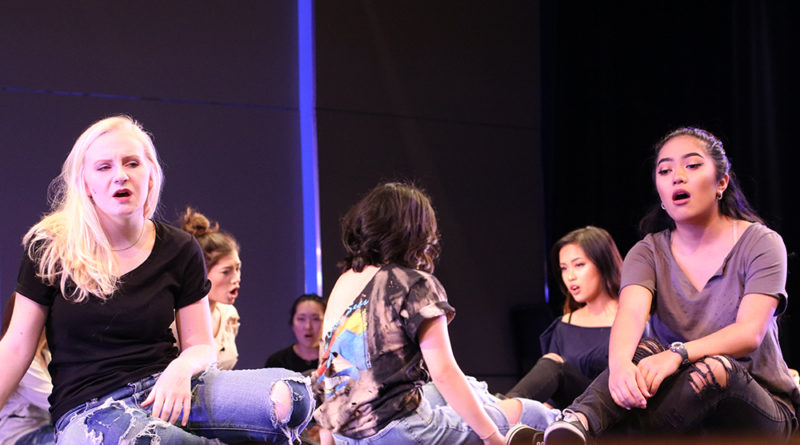 The Pops Concert, put on annually by the CVHS choir, is a well-respected tradition chock full of stripped-down pop music performed by talented and hard-working musicians. This year, with the theme of “I love(d) you,” a medley of breakup and romance songs, is expected to be no less.

“We like the idea of juxtaposing the very powerful ‘I hate you’ kind of songs, and the ‘I love you so much’ songs, and the ‘I miss you’ songs,” said senior Ruby Welsh-Ferreyra, co-head director along with senior James Lee.

Originally, the theme was “British Invasion,” but as the choir students collected song suggestions, they noticed a trend: most were songs about love, lost love, or angry love. They decided to swap out their initial idea for this more relatable one.

The show encompasses songs from every shade of romantic emotion from NSYNC’s early 2000’s hit “Bye Bye Bye” performed by Madrigal’s men, to a powerful trio arrangement of Adele’s “When We Were Young.”

Choir students have been hard at work for months to prepare for all the acts in the show, and with little adult help.

“Everything you’re seeing was made by students,” said Welsh-Ferreyra.

Even some numbers have music that were arranged by students. For instance junior Luka Uchiyama rearranged the Adele song, “When We Were Young,” from a solo to a trio, a difficult undertaking for anyone, let alone a student. However, with years of piano lessons under her belt, Uchiyama was up to the task.

“I really wanted everyone to sing as much as possible for all the performances,” said Uchiyama.

Also to include more students, the directors added more dancing than there has been in previous years. “No scrubs”, “Run the World” and “Case of the Ex” are just three examples of the many lively dance numbers in the show.

The dances were choreographed and taught by Dhont herself, along with senior and head-choreographer Song-Ah Baek.

Although the students have attempted to shift the show towards less “solo heavy,” and more “collaborative,” this has done nothing to disturb all the well-loved traditional aspects of Pops. For example, the bare-bones feel of the performances, (characterized by the lack of extra props, costumes, and even instruments, in order to completely focus on the music) is still a defining aspect of the CVHS Pops Concert.

The simplicity became a traditional aspect of the show during the earlier years of choir teacher Laryssa Sadoway’s  time at CVHS.

“There are a few numbers, like ‘When We Were Young’, where we’re actually just going to be wearing our own clothes because we thought it’d be more powerful,” said Welsh-Ferreyra.

Pops has been, and will continue to be, an event where not only choir students, but the audience, as well, unite over love for music.