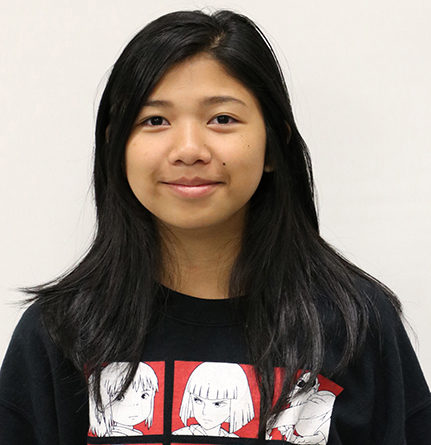 After leaving the theater with my face streaked from nonstop crying, I couldn’t let go of the detailed and romantic plot of Your Name.

Your Name is a beautiful animation about the lives of two high school students, Taki, a boy living in Tokyo, and rural girl Mitsuha, who have completely different lives. One day, they realize that they have switched bodies. This connection brings up many problems as they try to continue their normal lives. The two attempt to meet each other, but find that it isn’t as easy as they had thought it would be.

My favorite scene of the movie is a montage in which Mitsuha and Taki slowly start getting used to switching bodies and become accustomed to the other’s daily life.

Your Name first premiered in theaters in Japan, and due to its great success there, it started playing in the USA and Canada on April 7 with English subtitles as well as English dubbing. CoMix Wave, the studio responsible for great works such as 5 Centimeters Per Second, produced Your Name.

This movie had beautiful animation and a nice color palette with stunning backgrounds of the natural landscape. The soundtrack was full of upbeat songs as well as acoustic piano.

Your Name is a beautiful movie that incorporates the two different lifestyles of being in the city and countryside. It shows the contrast of a busy city and a slow paced life in the coutryside. Watch it with some friends, and don’t forget to bring some tissues.