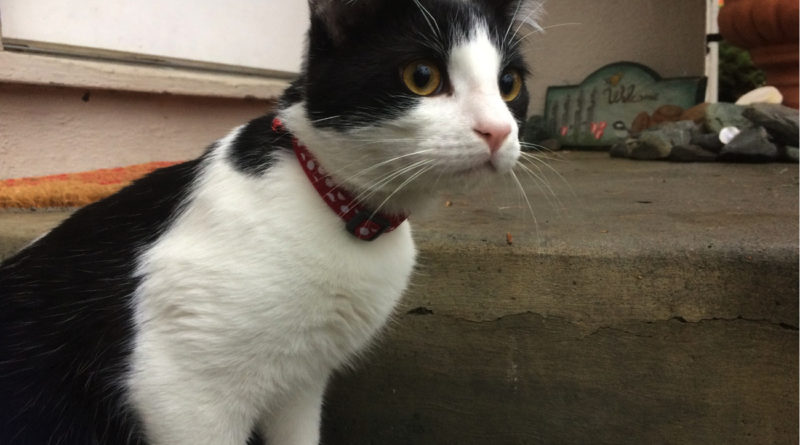 By Hannah Johansson and Megan O’Brien

“Goldie was so shy, and the shelter was going to euthanize her because she wasn’t coming around. We got her into a foster home, and the foster parent said she was the best dog he’d ever had. We found her a home,” said Dusty Paws Treasurer Paulette Murillo. Goldie is only one of hundreds of animals that owe their lives to Dusty Paws.

Dusty Paws is not your typical pet rescue group. The Castro Valley-based organization takes dogs and cats and even hedgehogs from desperate situations all over California, and places them in foster homes until permanent homes are found.

“We have a philosophy that once we take an animal into foster care, we do whatever it takes to get that animal better. We’ve spent $4,000 to $5,000 on surgery for some of our animals,” said Murillo.

The non-profit rescues 75 to 100 animals every year.

“Tonka had been in a shelter for almost a year. That’s very rare because it was a high-kill shelter. I thought that was a sign that he must be a really good dog if they kept him. But when he came to us, I learned that he wasn’t socialized at all. Slowly, we are taking him to adoption events, taking him to parks, getting him used to being around a variety of people,” said Murillo about a rescued animal.

Dusty Paws also does what is possible to save the pets emotionally.

Kathy Clayworth took in a sixteen-year-old cat, Macy, who had been abandoned when her owner died of a stroke. The neighbor fed and changed Macy’s litter box until she came to Clayworth, depressed and dying of kidney failure. Clayworth and Dusty Paws refused to give up on Macy, and slowly her health was restored. Six months after an amazing recovery, she was adopted by an eager couple.

Dusty Paws is dedicated to finding permanent, stable homes for all of their animals.

“We do what we call a sleep-over… We let you keep the animal for ten to 14 days, or longer if you need to, to make sure it works out in your home… so you know it’s going to be a permanent adoption,” said co-founder and Vice President Wayne Meranda.

Meranda emphasized the importance of each animal.

“When you pull a dog from the shelter, you’re kind of that dog’s hero,” he said.

Dusty Paws is filled with dedicated animal lovers, who do more than strive to make a difference in the general well-being of animals. These pet lovers never neglect that voice in their heads that eventually says, “hey, my pet needs that review of their teeth,” they immediately jump to action. They strive to transform the lives of every animal that is lucky enough to cross their path.