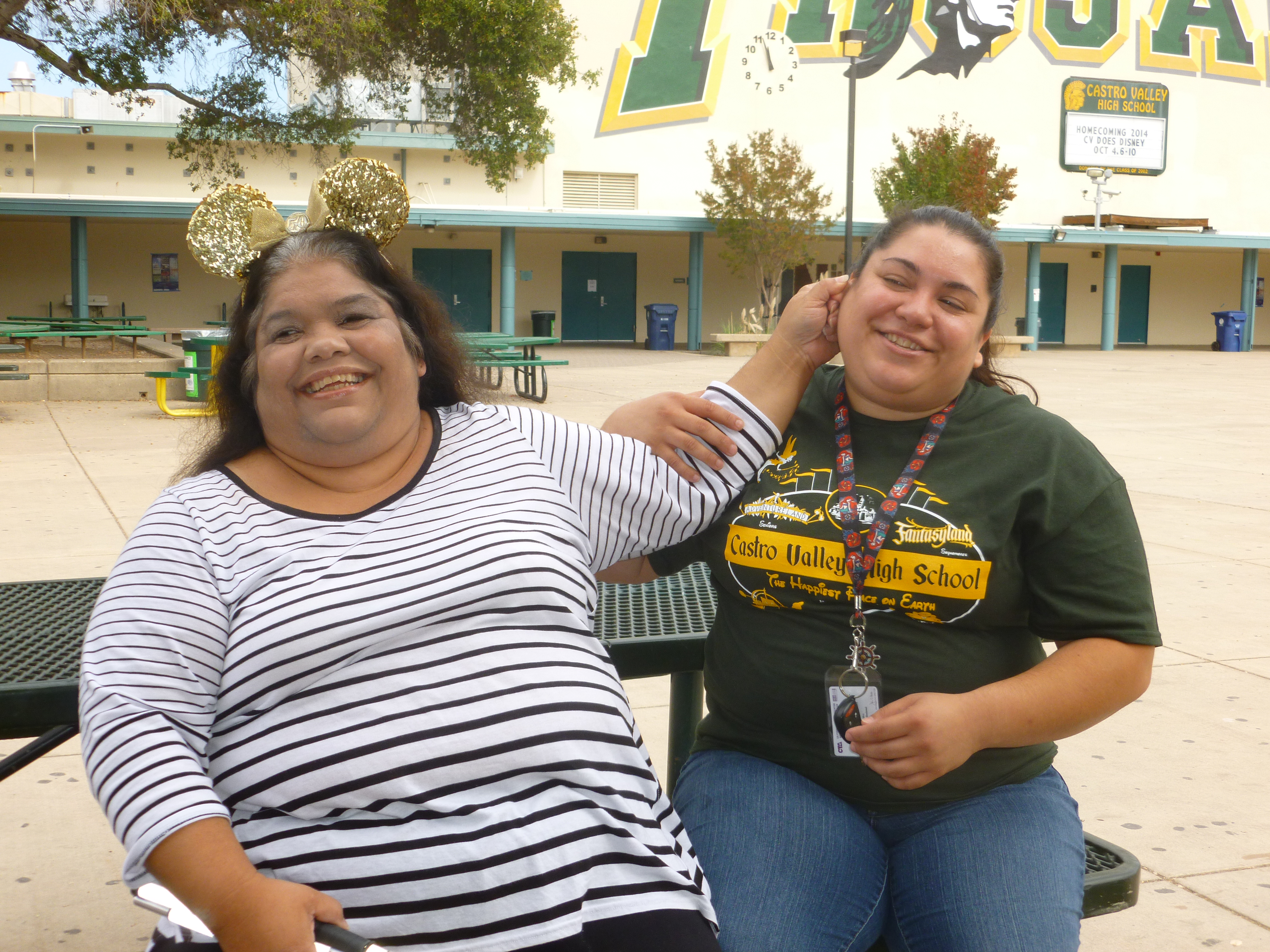 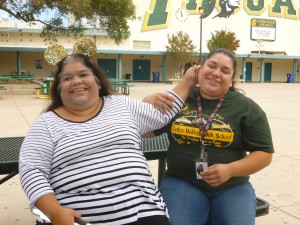 Not many people can say that her mom is her best friend, coworker, and role model. But for Mindy Castro, this is exactly who her mother Sherry is.

Sherry works as a braille transcriber for visually impaired students in the Castro Valley area, alongside her good friend and colleague Jennifer Kenyon. Mindy teaches special education classes and is also a union representative.

The Castros are a lively bunch, laughing and recalling stories as they go about their daily work. They jokingly talked about Mindy’s obsession with Disneyland, and their past adventures when Sherry taught Mindy to drive.

“It might explain the car accident,” Mindy said with a laugh.

“Both of them are smart, easy to work with, and a lot of fun to be around,” said Kenyon about the Castros.

Sherry Castro’s work at CVHS can be described as “behind-the-scenes.” She and Kenyon work mostly with braille machines and computers rather than directly with students. Their work, however, makes it possible for visually impaired students of all ages to receive a complete education.

“Both of us got into education because of my son, Roman,” said Sherry. “He has severe speech and language delays, or autism.”

Mindy and Sherry have been working at CVHS for two and a half years now. Though they do see each other periodically throughout the day, they work on separate sides of the campus. At home is where they really spend most of their time together. The two are very close, spending time cooking, watching their favorite singing competition shows, traveling, and above all, laughing together.

Though they lead normal, happy lives, the two have had their fair share of hardships when Mindy was growing up.

“Mindy’s not much like me, very passive and mild-tempered. I was a single parent. I lost my sight when I was 20. I was very fortunate that she’s very easy-going. You couldn’t ask for an easier child to raise,” Sherry said.

Before working at CVHS, the mother-daughter duo worked together at the California School for the Blind in Fremont for eight years.

“I’ve always liked math. Special education came around when my brother came around. I worked with my mom at the School for the Blind, and I liked what I was doing so much that I came here,” Mindy said.

For some people, it would feel strange to be working so closely to their mom. For Mindy, it feels natural due to the closeness they’ve developed over the years.

“Every time I had to give speeches in school I talked about her and cried. She’s my primary parent in my life and she’s my best friend,” said Mindy.