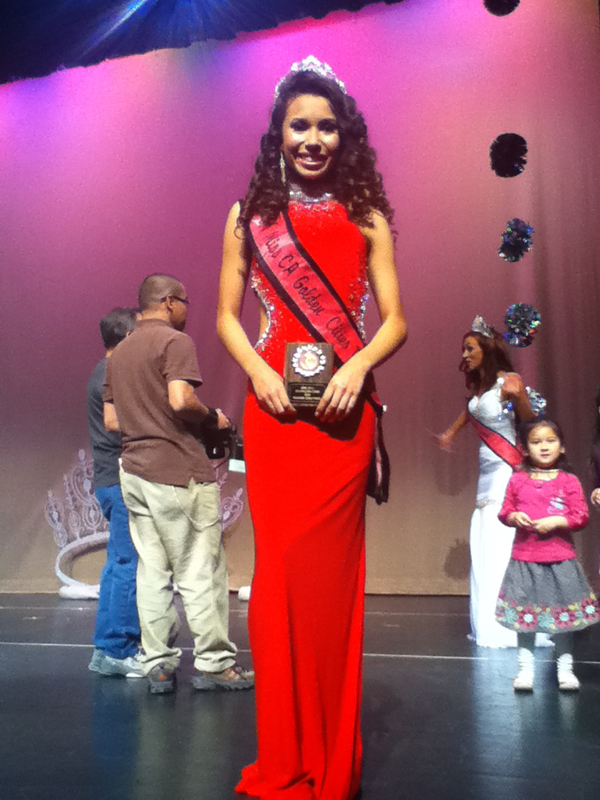 In a crowded theatre, one of the judges asked, “What would you do to prevent bullying in schools?”

Shania Shanks thought for a second and then answered, “I would show the kids who bully what the kids they bully feel like and how it affects them. To show them how they can make someone so depressed to the point of suicide.”

What do you think when you think of beauty pageants? Maybe dresses, glamour, Miss America, or even the newly aired reality TV show Toddlers and Tiaras. Actually, many people don’t even know what a pageant truly is or what the girls do. A pageant is a competition that focuses on appearance, personality, and talent.

Shanks, a CVHS sophomore who has been competing in pageants for four years, recently participated in the California Golden Coast Pageant.

“I like doing pageants a lot,” she said. “It’s a lot of work to get there but it’s worth it in the end but then you have to start over and prepare for the next one.”

Big hair, makeup, five inch heels and costumes seemed to be the theme of this California Golden Coast Pageant. What does it take to be a pageant girl? Does it mean that you have to have a skinny body and expensive outfits?

“To be a pageant girl, you just have to like being able to get in front of a large crowd and be able to do public speaking,” explained Shanks.

As a contestant, Shanks spent hours getting her makeup and hair done. Later, she went to a “closed door” interview between her and the judges that accounted for a quarter of the score.

There are many girls competing for the same title, so what does this mean?  It means rivalry, so sometimes the girls aren’t as nice as they should be.

“There are some genuine girls. Usually the newer girls are very nice but then you have girls that have been doing pageants for forever so think they are better than everyone else,” said Shanks.

The California Golden Coast Pageant is one of the biggest pageants of the year. Winning this competitive pageant can lead you to the state competition title “Miss California,” which Shanks had been working long and hard for. During this pageant many girls competed but only one could be crowned and become a title holder per age group.

As the girls lined up so the judges could name the winners, most of the contestants started to cry. Finally, they announced Shania Shanks as the newest Miss Teen California Golden Coast. The theatre roared with cheers and tears started to roll down Shanks’s face.

“I’ve wanted this for so long. No one understands how hard I’ve worked for this. I’m just so happy,” said Shanks.